The Entertainment Industries Council was formed 30 years ago to encourage the entertainment industry to address and accurately depict health and social issues. RTDNA partners with the EIC on a project to offer journalists guidance in covering mental health and suicide, called TEAM Up (Tools for Entertainment And Media).

Among the resources available are a style guide focusing on mental health, mental illness and suicide, a reporter's toolkit with detailed information about story ideas, interview tips for talking to people with mental illness and their families, and sample stories that give concrete examples of techniques and pitfalls. The project website also includes roundtable discussions of coverage issues, podcasts and detailed publications about covering specific topics including post-traumatic stress disorder, depression, bipolar disorder, suicide prevention and attention deficit hyperactivity disorder. A new book featuring the TEAM Up guidelines for reporting on mental health issues is available free online.

Our most recent collaboration produced a webcast to explore the impact of trauma on individuals and those who witness traumatic experiences in various environments—such as at home, at school, and in the community—as it relates to substance use disorders. It touches on media portrayal of people affected by traumatic events and how journalists can become aware of the impact of those events on their interview subjects and themselves.

RTDNA and our partners at EIC recently offered an hour-long discussion about journalists covering the issues of substance abuse, treatment and recovery, including panelist Scott Libin, RTDNA's Ethics Committee Chairman. An archived version of that discussion can be seen here:

The TEAM Up initiative includes a series of presentations about the coverage of mental health issues and suicide, which were produced at Excellence in Journalism 2013 in Anaheim, California:

Every Mind Matters and It Matters How We Report

The unfathomable terrors of Tucson, Aurora and Newtown. The hidden struggles with depression, autism and PTSD. The epidemic of suicide. Why do so many of our newsrooms assume that violent acts are linked to mental illness when that’s not true? When is a person’s mental condition really relevant to stories? What’s the RIGHT way to WRITE about such issues without contributing to contagion? How do we replace sensationalism with sensitivity? This series of presentations will increase your awareness of mental health issues, how to better understand them, thoughtfully report them and offer your newsrooms important toolkits and other constructive ways to help readers, listeners and viewers.

Part 2: "Changing the Conversation" and "Find the Right Way to Tell a Story" with Melissa McCoy, TEAM Up Consultant and former LA Times Deputy Managing Editor and Joanne Silberner, Former NPR Reporter & Carter Center Fellow
Part 3: "Stopping Stigma” with Dr. Patrick Corrigan
Part 4: "Cultural Competency and Mental Health" with Julio Ortiz, Reporter Univision KMEX-34 Los Angeles
Part 5: "The Media and Suicide Prevention" with Brian Dyak, President, CEO and Co-Founder, Entertainment Industries Council
Also accompanying this series are the Social Media Guidelines for Mental Health Promotion and Suicide Prevention. These first-of-their-kind guidelines are the next phase in EIC’s TEAM Up project, designed to harness the power of media to reach vast audiences and better communicate these important issues to those in need in a manner that does no harm, furthers the conversation in order to decrease discrimination and encourage help seeking behavior. You can see the complete series at EIC's Health and Wellness screening room. 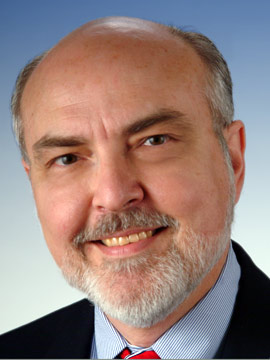 Wayne Lynch is Emmy award-winning media executive with more than three decades of achievement in local/regional television news and programming. Following a successful on-air reporting and anchoring career, he now has 32 years in television news management, achieving station manager and general manager positions. He has an M.A. in Public Communication from American Unversity in Washington, DC and is a published author. Eight years ago, Mr. Lynch lost his younger brother to suicide after battles with bipolar and manic depressive disorders, and he has since dedicated his efforts to fostering better understanding of mental illness in his chosen field of Journalism. 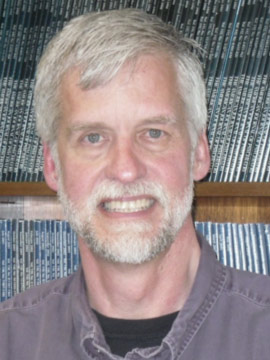 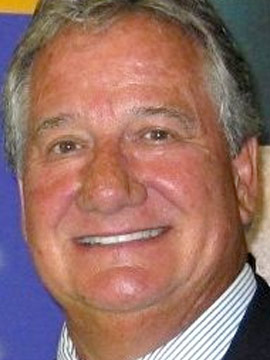 Brian Dyak, founder and President/CEO, Entertainment Industries Council, Inc. andâ€©the Entertainment and Media Communication Institute
Brian Dyak is founder and President/CEO of the Entertainment Industries Council, Inc. and the Entertainment and Media Communication Institute. Over a 30-year period Mr. Dyak has successfully constructed a bridge between the entertainment industry and the depiction of health and social policy issues. He has created more than 750 PSAs, multiple training films, radio promotions and national TV specials on a variety of health/social issues. He is publisher of ‘Spotlight on Depiction of Health and Social Issues,’ a multiâ€volume resource encyclopedia for the creative community with special emphasis on discrimination and stigma reduction. Mr. Dyak’s volunteer activities include serving on the National Action Alliance for Suicide Prevention.

Melissa McCoy, media consultant, TeamUp
Melissa McCoy is media consultant for the non-profit TeamUp (which offers tools for the media to use in reporting on mental health issues) and has trained more than 150 journalists in California newsrooms about mental health stigma and reporting. She is a former deputy managing editor and assistant managing editor at the L.A. Times. She was an ethics fellow at The Poynter Institute and has served as an editing and ethics instructor at the Maynard Institute. 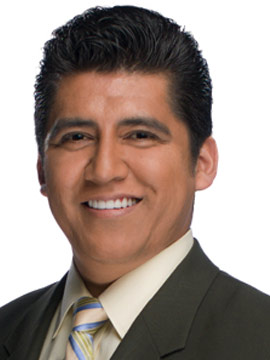 Julio Cesar Ortiz, senior mental health reporter, Univision 34 Los Angeles
Julio Cesar Ortiz is an award-winning television news reporter whose compelling stories and in-depth coverage of mental health and immigration has been recognized at the local, state, and national levels. He is responsible for producing and reporting the first-ever Spanish bi-monthly mental health news segment titled "Una Mente, Una Vida," which, in cooperation with other therapists, explores the complexity, sensitivity and understanding of mental health issues. Ortiz played an integral role in adapting and developing the TEAM Up reporting on mental health style guide and toolkit for Spanish language news media. He has a master’s degree in marriage and family therapy from the University of Southern California Rossier School of Education, where he graduated in 2012 as valedictorian and outstanding lead student. 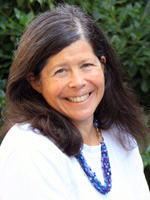 Joanne Silberner, former NPR reporter and Carter Center Fellow, professor, University of Washington
Joanne Silberner is an artist-in-residence in the Department of Communication at the University of Washington, and contributes stories to NPR and the BBC/PRI show “The World.” For 18 years, she was a health policy correspondent at NPR, covering medicine, health policy, mental health, and global health. Prior to that she spent five years covering consumer health and medical research at U.S. News & World Report. In addition, she has worked at Science News magazine, Science Digest, and has freelanced for various publications, including the Washington Post, Health, USA Today, Practical Horseman, and Kaiser Health News. She had a Rosalynn Carter Fellowship for Mental Health Journalism in 2010, and produced stories on mental illness in developing countries for NPR and for “The World.” She had a fellowship at the Harvard School of Public Health, and a Kaiser Family Foundation Media Fellowship. During the Kaiser fellowship she produced an hour-long radio documentary on the closing of a state mental hospital.

The project began in California and the resources are applicable nationwide. Among the newsrooms who help launch the initiative is KTVU in Oakland, California. Check out their website to see how they approach the issues and provide information about resources in their community.