Death of a Journalist: American Service and Patriotism 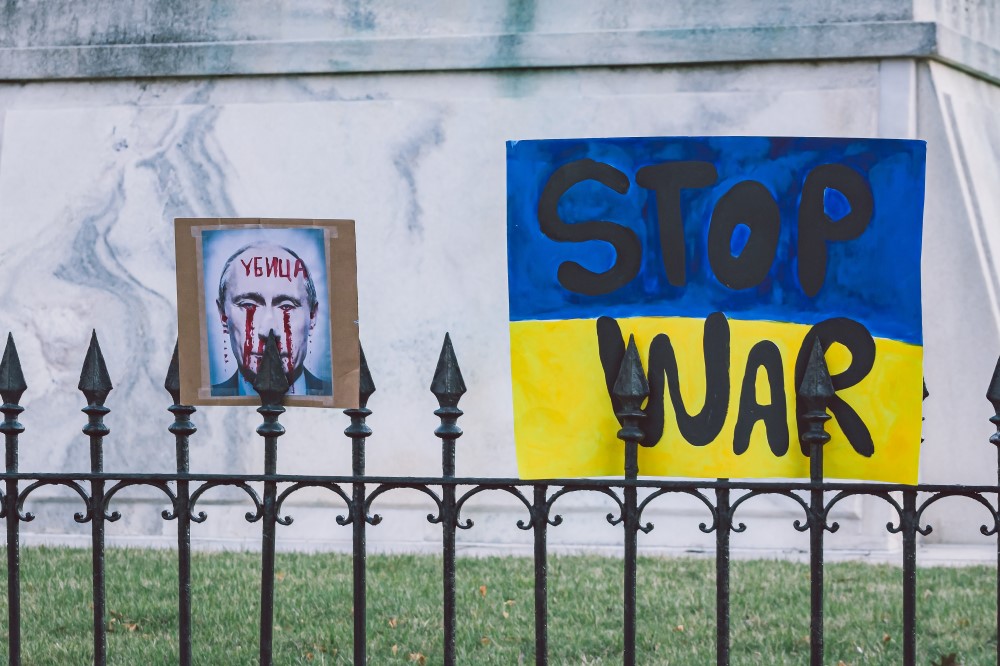 When I heard that American journalist Brent Renaud had been killed by Russian troops in Ukraine when fired upon in a suburb of Kyiv, I thought immediately of how his death and the deaths of so many journalists around the world, now including photojournalist Pierre Zakrzewski and Ukrainian journalist Oleksandra "Sasha" Kuvshynova killed this month working for Fox News, point to the increasing cost of bringing facts and truth to a world rife with propaganda, conspiracy theories, and misinformation.

It is a world where journalists are attacked publicly by an American president as “enemies of the people.” It is a world where totalitarian dictators see journalists as undermining their flow of information by which they control the people of their countries. Indeed, in this context journalists are the enemy as, like Brent Renaud, they bring the pictures, the story and the context to the world to counteract the lies of Vladimir Putin whose aggression is killing thousands.

Brent Renaud’s death also reminded me of the anger I felt in October 2017 when John Kelly, the former president’s chief of staff, took to the White House podium to speak about the death of his son, a soldier, in service to our country. It was heartfelt and it came from a former general who had also served our country with distinction. But then Kelly, addressing the assembled reporters in a condescending tone said:

“We don’t look down upon those of you that haven’t served. In fact, in a way we’re a little bit sorry because you’ll have never experienced the wonderful joy you get in your heart when you do the kinds of things our servicemen and women do, not for any other reason than they love this country.”

He then said that he would only take questions from journalists who knew a Gold Star family, that is a family who had lost a service member on the battlefield.

I remember standing up and screaming at my TV. I have been in that same White House press room for scores of briefings as a former correspondent for CBS News. I reported from Beirut during the civil war in the 1980s. I could not believe that no one in the press corps challenged Kelly.

The collective heart of our country aches for the brave and committed service members who offer their lives to protect the freedoms we enjoy without fear. Gold Star families should be the most honored for their sacrifice for our country.

But be clear, patriotism encompasses a wide arc of service and sacrifice. And that arc includes the contributions of thousands of journalists who serve the cause of factual information worldwide.

Danny Pearl, of the Wall Street Journal, was beheaded by terrorists. NBC correspondent David Bloom died covering the war in Iraq as did Michael Kelly, who worked for The Atlantic and The Washington Post. My friend, ABC News producer David Kaplan, was killed by a sniper’s bullet in Sarajevo, and freelance journalist James Foley was murdered by ISIS as he reported from Syria. More than 20 American reporters were killed in Vietnam as were many other photojournalists, both still and video.

They all died in service to the American people. They died bringing critical information to our democratic republic and to viewers, readers and listeners across the world. Yet they are only a small percentage of the thousands of American journalists who continue to serve in dangerous places around the world, including now in Ukraine.

Former General John Kelly’s arrogance is appalling and his ignorance about the range of patriots that serve the American people is stunning. Indeed, Kelly and the administration he served attacked journalists as “enemies of the people” daily. And this narrative is now shared by many of our fellow Americans. It plays into a popular narrative in some quarters that facts and truth are no longer useful and impedes the goals of the zealots of all political persuasions who want to dominate both national and international discussion. But as Kelly and all in leadership positions should know and be wary of, this narrative is the lifeblood of our adversaries' efforts to destabilize our country. Vladimir Putin knows this. That is why he attacked our election process in 2016 and continues to use social media and propaganda to sow disinformation and doubt among the American people. That is why he tightly controls what the Russian people see and hear about his war in Ukraine.

So consider this: If it were not for patriotic journalists like Brent Renaud who bring the world the facts through video and photo proof, propaganda and misinformation reign.

He died in service to his country. And yes, General Kelly, Bret Renaud and all the other journalists who have given their lives in service died as patriots, as did your son.

May God bless them.

A version of this story previously appeared in the Denver Post.

John Ferrugia is a veteran broadcast investigative reporter, a former CBS News correspondent, and now a journalist/trainer with the Colorado News Collaborative. He served in the U.S. Navy in the 1970s.

How Much are Those Page Views Worth?April 20, 2022 ‘Jackassery’: The latest demagoguery about cameras in the Supreme CourtMarch 25, 2022