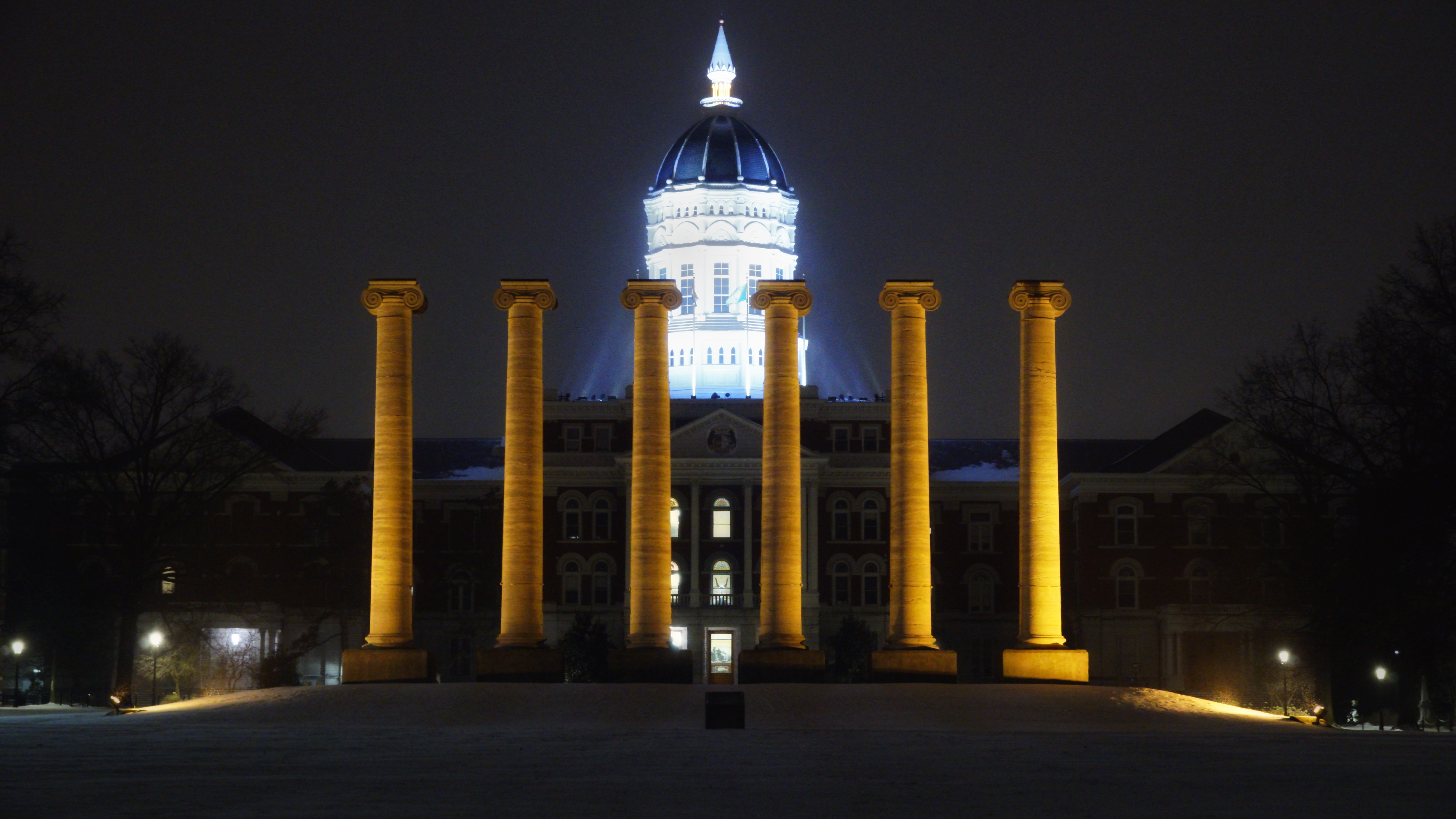 The curriculum overhaul at The Missouri School of Journalism should remind us of the old Post Office adage about “neither snow, nor rain” ever being allowed to cause delays—probably more applicable here than to the USPS these days. The convergence of the global pandemic, domestic protests for racial justice and the now-violent fallout for Election Day derailed businesses and disrupted social institutions. Not so at The Missouri School of Journalism. The first curriculum overhaul in more than a decade is nearing the halfway point in what is always a cumbersome transition for academic institutions.

In the year since our last report, faculty began looking closely at the opportunities of hybrid learning techniques and how to better emphasize collaborative journalism, according to Curriculum Committee Chair and former RTDNA Chair Stacey Woelfel. “Students are now in the second year of the new classes and the committee finalized the six Career Core Paths that will make up junior and senior level classes,” says Woelfel. “We need to work out the elective structures and that may let us combine some classes while evaluating prerequisites,” says Woelfel, reminding us that the overall objective is flexibility for students.

The biggest change came almost two years ago: Now students are admitted to the Journalism School when they first arrive on campus instead of the decades-old tradition of applying during their sophomore year. About half of the 2020 graduates came through the Strategic Communication track. Jon Stemmle, Faculty Chair of Strategic Communications, says the most significant change to the that track has been the addition of the Audiences & Persuasion course, which all students in the School of Journalism now take in their sophomore year. “We thought it was important for all students to learn the basics of secondary research and using databases, primary research techniques and how to make effective, persuasive presentations,” says Stemmle. “Although it’s a class that leans toward a strategic communication mindset, the content is still valuable for prospective journalists as everyone should know how to do formal research and craft a persuasive message.” Taylor Bunch, now a junior in the Journalism School, credits the class with helping her focus on choosing the Strategic Communication Career Core. “It all really clicked and reaffirmed my direction,” says Bunch who ultimately wants to attend law school.

Two more changes are still to come: A new entry-level producing class launches in August for students in the television Career Path as an effort to attract more students into that high-demand field. As a footnote, students who complete the existing television producing class routinely land jobs in top-50 markets.

Woelfel says new capstone classes, which provide opportunities for professional news organizations to assign projects to Mizzou’s soon-to-be graduates, will include more projects like a mental health collaborative created last spring with the Toronto Star and other journalism schools in the U.S. and Canada. Mark Horvit, Associate Professor and Director of the School’s State Reporting program, coordinated that project. Horvit points to resources headquartered on campus like IRE’s National Institute for Computer Assisted Reporting and the Association of Health Care Journalists as opportunities to develop future capstone projects.

The most significant realignment takes place in the Journalism Practices curriculum where the emphasis on omni-platform publication forces greater collaboration between the school’s professional newsrooms that publish The Columbia Missourian, VOX Magazine and The Missouri Business Alert alongside NBC affiliated KOMU 8 television station and KBIA, the NPR-affiliate for mid-Missouri.

KOMU and KBIA regularly serve 16-20 counties across mid-Missouri. “This is an opportunity to use our resources to serve these audiences in some smaller communities that can be easily overlooked,” says Dean David Kurpius. And, an unrelated decision earlier this year to consolidate several of the School’s newsrooms on a common content management system adds to the potential opportunities. “Our Reynolds Journalism Institute is always looking to share these kinds of broad innovation in ways that are meaningful to sustainable local journalism,” adds Kurpius.

One of the more elaborate new classes launched in January with more than 200 students. Kathy Kiely, Lee Hills Chair in Free-Press Studies, spent a year designing J4180 around the School’s omni-platform opportunities. “It is the first class where students heading for our Missouri Method newsrooms report and create content for our news platforms — all of them,” says Kiely. The class combines asynchronous lecture modules with traditional weekly sessions in a newsroom environment. “Our objective for the students [was] to learn to work with primary sources — human, data or documents — to learn to work in teams and to learn how content can determine which platform or platforms they chose for telling their stories,” says Kiely. "It was serendipitous that the design process took place during a pandemic, but that underscored the need to create a course where learning could be done asynchronously and, if necessary, remotely,” adds Kiely.

Kathryn Lucchesi, Assistant Professor, coordinates 12 faculty teaching the 10 four-hour newsroom shifts for the class. The faculty members teaching the class represent a wide spectrum of Journalism School talent, ranging from veteran print reporters to the news director of KBIA and TV veteran Woelfel. “We wanted each newsroom represented to make sure the class stayed true to The Missouri Method,” says Lucchesi. “We’re emphasizing the fundamentals like doing telephone interviews, developing relationships with sources and understanding the context of individual stories,” adds Lucchesi. The broader goal, according to Kiely, is letting young journalists learn the power of collaborative reporting and content creation. “Teamwork is essential to today’s journalism,” she said. “In this class, young journalists can test their skills telling stories across platforms, learn their strengths and learn how to compensate for their weaknesses by recruiting colleagues to help them create their packages.”

From the student’s perspective, it has all been positive. Bunch, like others, didn’t realize she was in a new curriculum. “I was planning to lean on some of the older students until I realized this was all new,” says Bunch.  She gives high marks to the entry-level classes saying the “fit-and-flow” of those first-year classes worked really well for her. Lauren Hines, a Colorado sophomore, is in the J4180 class. “It’s a little scary getting so close to being in one of the newsrooms,” says Hines who adds that the first-year classes give students good hands-on experience with the technology. Karsen Idelman, an Illinois sophomore wants to focus on sports journalism and got involved in KOMU 8’s Friday Night Fever project—a project that traditionally attracted students not yet officially in the School. “It pushed me out of my comfort zone to learn how to live-tweet a football game,” says Idelman. The pandemic safety protocols are limiting the number of students who can physically be in the newsroom, but Idelman says Friday Night Fever was still a very positive experience.

The school—often referred to as The World’s Journalism School—proudly celebrates Dean Walter Williams launching the first professional journalism school 113 years ago. Without interruption, The Missouri Method remains the guiding light of the curriculum.

Steven Ackermann was the Interim News Director at KOMU and a Special Projects Consultant for the Reynolds Journalism Institute at the University of Missouri. Steve served on the faculty at the RTDNA Anchor-Producer Leadership Summit and was Vice President for News at Raycom Media.