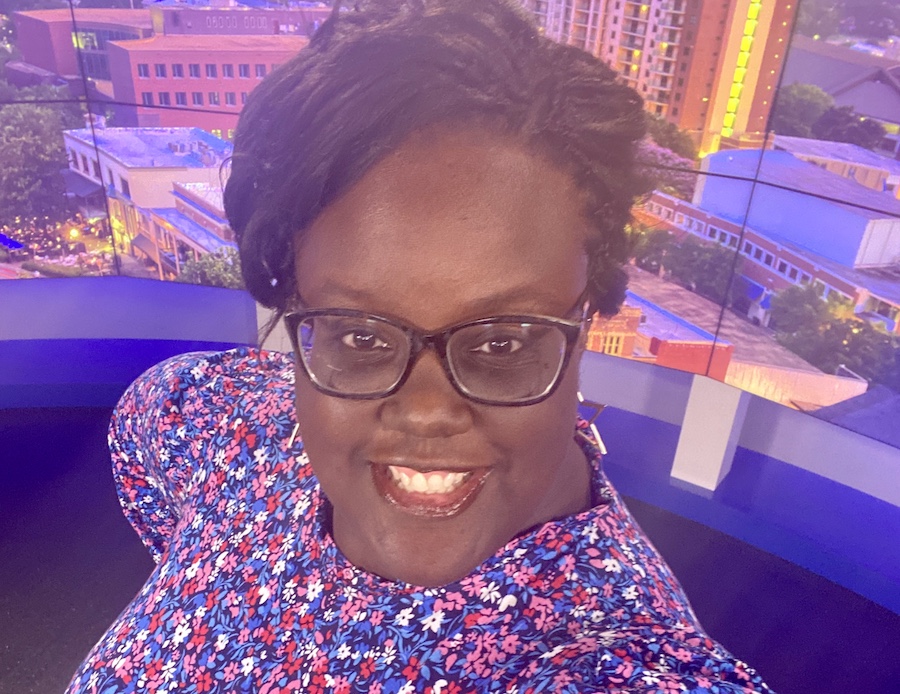 Being a news director is a privilege.

It’s also a position for many that wasn’t the easiest to achieve, especially for African Americans.

That’s why I’m sharing my perspective of the challenges that some Black newsroom leaders face today, at a time when many in our communities are hurting.

I realized very early on in my career that being Black could be a setback. I remember not getting an opportunity at my station and realizing a key factor was my education from a historically Black university. In that newsroom, it was known that at least one of the top leaders did not see value in degrees from HBCUs. Employees who worked in the newsroom told me about negative comments made about those institutions. Despite that setback, I found success over the years, but at times I was one of a handful of Black employees at my stations. At times I was the only Black producer. I never really felt like I had a voice, but at the time I also didn’t realize how big of a deal that was. I was just okay with blending in.

Over the years, things got better from one station to the next. Being one of the only Black employees was no longer the case. I even found myself at a station where there was a Black woman in a leadership role, which was a first for me. Later I would go on to become a manager and quickly work my way up to the news director position. I ended up in a small city in Texas. A city where everyone got along, as long as Black people stayed in their lanes. So much so that one of the biggest stories I covered while there was the debate over removing Robert E. Lee’s name from a school. It was a debate that had gone on for years before I arrived and after I was no longer there.

I now live in a place where I and people who look like me are embraced.

Yet, there’s a greater struggle and heartache.

The killings of Black people at times at the hands of police.

From the death of Trayvon Martin to Breonna Taylor, for years I could see the pain around me, but managed to not feel anything.

At one point I was proud of myself for being what I thought was a strong unbiased news leader. I thought no one will ever question how I feel, or if newsrooms I led were balanced. How could they - I was completely numb to what was happening around me.

Despite being able to see the pain on my Facebook feed and in conversations within my inner circle, I felt nothing. I thought I wasn’t supposed to. I thought that as a Black news leader, I would be an easy target for someone to question my editorial decisions solely because of the color of my skin.

After years of feeling that way, in May 2020, it all caught up with me. A couple of nights after George Floyd was killed, I stayed up late and watched the protests in Atlanta on television. I went to bed after an hour or so of watching and cried and cried some more. I finally felt something.

I was filled with such sadness.

Sadness I didn’t even realize was there. The next day was a Saturday, but it was all still heavy on my heart when I woke up. I knew if I had these feelings, it was likely that someone in my newsroom (which was predominantly Black) felt the same. I didn’t know how else to reach them, so I sent an email reflecting on what was happening at the time. I let them know that I was there for them and if I couldn’t help them, I would find someone who could.

That’s the only time in 2020 when I can remember feeling so hurt by the things impacting my community.

There were times when members of my team were hurt, and I felt their pain.

I remember getting a call from a reporter on a Saturday afternoon. She and a photographer were covering a peaceful demonstration. In keeping with being balanced, she attempted to talk to counter protesters. When she and another reporter got ready to do their interview, the white man refused to answer my Black reporter’s questions. He didn’t have an issue talking to a white reporter from the competition. It was so obvious that his refusal was racially motivated that the reporter from the competing station took the lead asking questions for both of them. That was a tough call to get. It also wasn’t the only time I would hear from a reporter who felt like doing their job was made harder because they were Black. It's now 2021 and the social justice movements are still going strong. The calls for change are louder than ever and it felt like things were slowly moving in a better direction. But then it happened again. Another Black man killed in the Minneapolis area by an officer.

On top of us being in the middle of the Derek Chauvin trial.

On top of all of that, we just experienced the fourth deadly officer-involved shooting in my city since March of 2020.

There have been a lot of deep breaths in the last few weeks.

There have been many editorial meetings where we talk about how to cover the shootings of Black people.

We focus on how to make sure we give the facts, while also keeping in mind those who are hurting from what’s happened.

While I understand and have felt some of that pain, you will never see me at the center of a protest. Or expressing how I feel about what’s happening around me on social media.

I end this with part of the letter I sent my team on that Saturday morning back in May 2020, when everything with the world felt so upside down. I hope when times get hard, they remember my words and find some comfort and motivation to keep going.

“Our jobs are to be fair and balanced.

To seek the truth.

To be the voice of the voiceless.

It’s not to fuel fires.

It’s not to cause more unrest in our communities.

It’s also something that at times will make us targets. We all saw what happened to CNN. An entire crew arrested while doing their jobs. It’s not right, but it’s the sad reality of the world we live in right now.

We cannot let these things stop us from doing our jobs. You are all journalists. Like I said Friday morning, we all got into this for a reason. Hold onto that and don’t let it go. Let it fuel your fire to be the best you can be for the communities that watch us.”

Vicki invites you to reach out to her to share similar experiences, ask questions and find community.

RTDNA Urges FCC to Reject Calls for Investigations Into Journalistic ActivityMay 10, 2021 First Amendment Fight Matters for Journalists and for Those We ServeMay 3, 2021