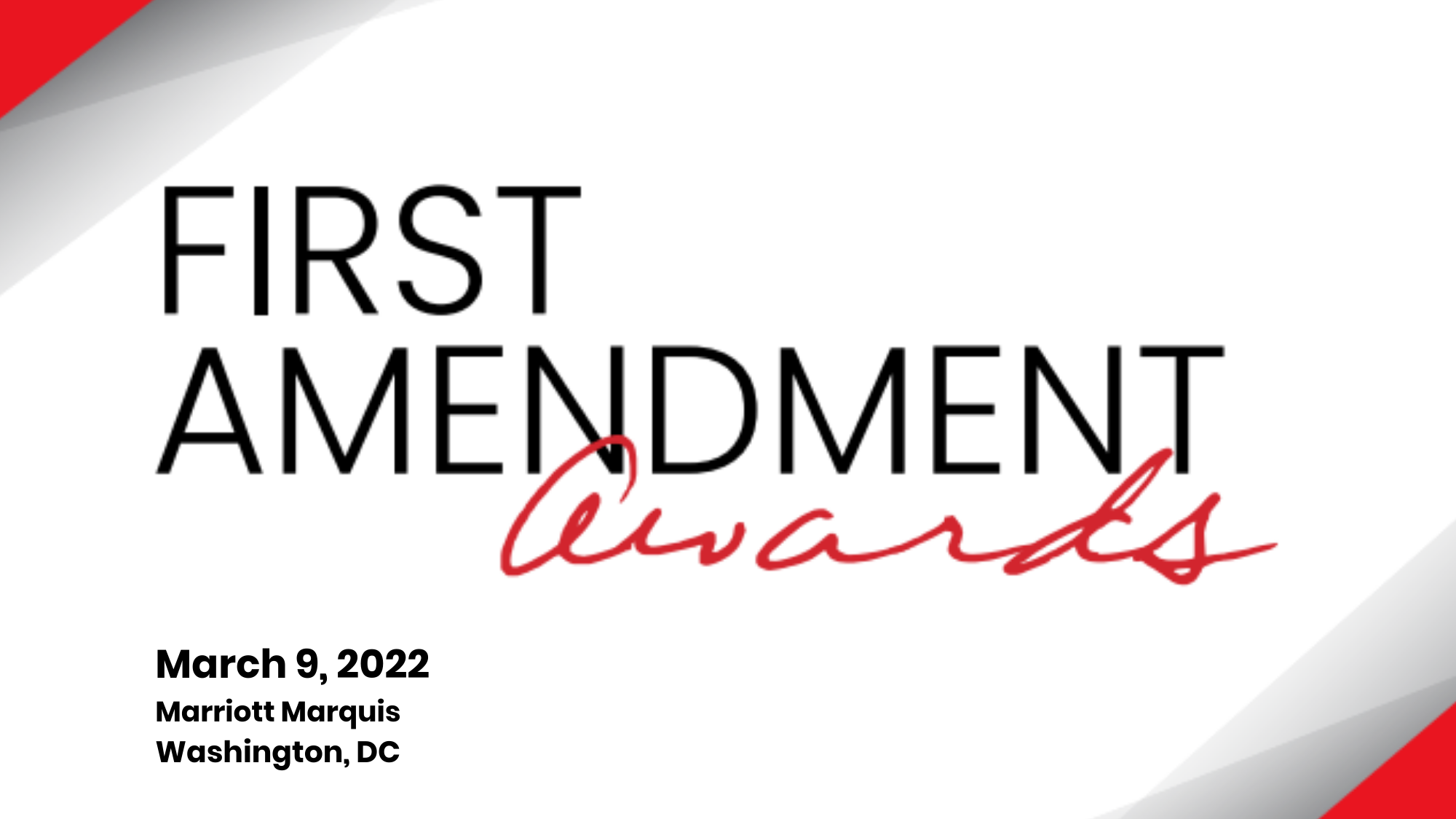 The Radio Television Digital News Foundation has announced recipients of the 31st annual First Amendment Awards, which honor individuals and organizations that exemplify responsible journalism and who practice their constitutionally guaranteed duty to seek and report the truth.

Honorees will be recognized at the First Amendment Awards Dinner on March 9 at the Marriott Marquis in Washington, DC.

The honorees at this year’s First Amendment Awards Dinner are:

“RTDNF is so proud to honor these individuals and organizations as recipients of the First Amendment Awards,” said Dan Shelley, executive director of RTDNA/RTDNF. “We thank each of them for their continued service to the First Amendment.”

In addition to recognizing responsible journalism, the First Amendment Awards Dinner & Show is the Foundation’s biggest annual fundraiser, enabling the Foundation to ensure the broadcast and digital news profession remains a critical part of our nation’s free press for generations to come and supporting scholarships for journalism students.

RTDNF, a 501(c)3 educational foundation, was created to help RTDNA members embody and uphold the standards of ethical journalism and promote leadership in the newsroom. The Foundation works for an America in which the press is able to hold the powerful to account, shine a light on corruption and act as a catalyst for positive change in local communities without denial of access, undue restriction, or fear of attack. We train and equip local journalists and journalism students to know their rights and report seek and report truth ethically – upholding your right to know.

The Social Media Bubble, and How AI Can Break ItFebruary 3, 2022 The Terrifying Data Showing Reporters Under Attack Around the WorldJanuary 31, 2022