What Would You Do if a Suspected Hostage Taker Called Your Newsroom? 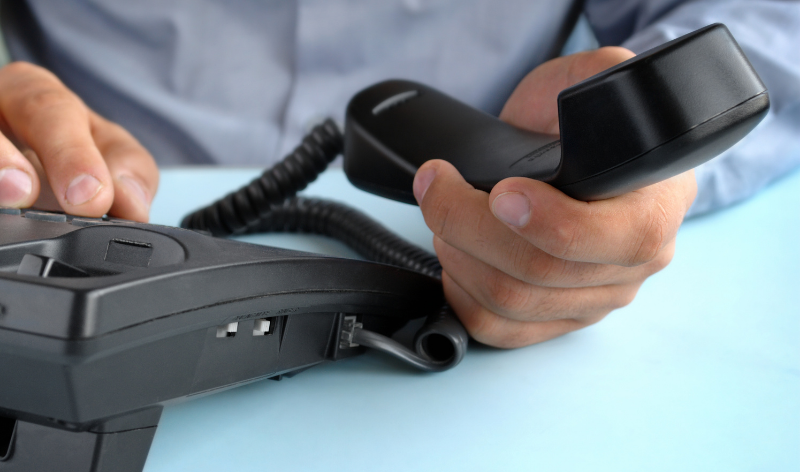 On March 8, 2021, a man took four people hostage inside a home in Livermore Falls, ME, about 60 miles outside of Portland. Sinclair-owned WGME-TV, a CBS affiliate, sent reporter Taylor Cairns and a crew to report the story.

During what would become a 14-hour standoff, Cairns’ station-owned cell phone rang. It was the hostage-taker calling. He had gotten the number from a newsroom staffer after phoning the station and saying he had critical information that Cairns needed to know. (The station has since reiterated its policy not to give out reporters’ phone numbers to the public.)

At first, Cairns was skeptical that the man he was talking to was indeed the suspect. But after a few moments of conversation, he thought there was a reasonable chance that he was. Cairns put the call on mute, walked over to Maine State Police negotiators and told them he thought he had the suspect on the phone.

He gave the phone to one of the troopers, who unmuted it and began talking to the suspect as if he were Cairns. Among other things, the trooper said things such as, “This is going to be a big story,” and “We want to get the interview.” At some point the call ended, and the trooper asked Cairns if he could keep the phone in case the suspect called back. Cairns agreed but was able to get his phone back about a half hour later.

Early the next morning, police announced the hostages were free and unharmed. A few hours later, they announced the suspect was dead. Afterward, it was learned the hostage-taker had been shot and wounded by police but then took his own life.

WGME news director Jay Mishkin, a veteran broadcast news leader who previously worked in New York City and Washington, DC, decided to wait until well after the hostage situation was over before disclosing his reporter’s involvement. But he also wanted to be completely transparent with the station’s viewers.

And he challenged the Maine State Police about why one of its troopers had posed as one of his reporters.

Still, some professors of journalism criticized Cairns and Mishkin. For Jay Mishkin, however, there is no question Taylor Cairns did the right thing.

I spoke with Mishkin a week after the hostage situation. Here is a transcript of our conversation, edited for length:

You made the decision not to report your station’s involvement in the story until the next day, correct?
In consultation with Taylor and Lane (Michaelson), who is my group news director – and, quite frankly, this was my choice – I did not want to report it that night. My primary concern that night was to end this safely. I know that it was a police investigation, but I didn’t want anybody hurt. I didn’t want my crew hurt. There was no reason at that point to report the information, as far as I was concerned. So, what we decided to do was hold that information and we were going to report it once the situation had resolved itself.

You did decide to reach out to the state police. Walk me through that, please.
I sent an email to the state police media coordinator outlining what happened and requesting to talk about it. I said, “we have some concerns – some questions we would like answered.” I later got a phone call from the head of operations for Maine State Police.

And what did he tell you?
He, at that point, didn’t tell me anything. He was collecting information about the concerns I raised. My concerns were: It seemed unusual to us. We were caught off guard by it. I was trying to determine if this was a common practice for Maine State Police. If this was something they trained for. And how it all went down that they chose to portray us in a phone call with the suspect.

I assume at some point later he got back to you.
Several hours later, he called back. He did agree this was not a common practice and called it a “unique circumstance.” He implied that they had been in communication with the suspect throughout the day, so they were surprised he would reach out to us. He said negotiators made an “impromptu decision” to have a conversation in the manner that they did. He did say that “this was not a good practice” but the negotiators saw an opportunity to save lives or get people out of the house. And I will add that we are not questioning the right or wrong of the police tactics, but we raised some questions that we thought, considering what happened, deserved to get some answers.

We can debate the merits of what they did in an academic sense all day long, but as the news director, in that moment, what were some of the things going through your mind relative to this particular part of the situation?
My concern the whole time was for everyone’s safety. Not just the people in the house, but the officers outside. The man had reportedly tied people up and reportedly had a gun. It was certainly a volatile situation and the longer he let things go on, these situations don’t often end well. My concern was for my crew. I didn’t know how this was going to end. I didn’t know if the suspect was going to sneak out, or get out, or be on bail, and I was just concerned that my crew’s safety could be at risk, or the safety of my station could be at risk if the suspect thought we had turned on him in some way. The police answered those questions and explained how everything went down and I fully take them at their word. They seemed very forthright with me on those questions and those answers. But that’s what I was thinking about. It all came down to safety. I just wanted my crew to be safe, and I wanted everyone out there to be safe. And it ended with everyone being safe – unfortunately not the suspect, but nobody else was hurt and I’m grateful for that.

Let’s talk about the decision you made relative to what you did air on the following night. Talk me through that thought process if you would, please.
I wanted to report what happened because I thought it was an interesting part of the story. But I also think we didn’t want to be the story. The story wasn’t about us. The story was about what happened at the scene. I don’t think what happened with us played a role in any way, at least not that I know of. But we thought it was important to get it on the record. And we thought the tactics the police used, because they were unusual, and especially unusual to them, were newsworthy. And so we chose to report that, and did it with Taylor explaining what had happened, since it was a first-person account. We thought that was the fairest and best way to do it.

After having gone through this, how would you feel if one of your reporters got a call from another hostage-taker while on the scene? How would you advise your reporters to act?
If there are people being held hostage and anybody’s safety is potentially at risk, I would say that I don’t want to see anybody get hurt because of us. So, I would probably tell them to do the same thing and let the police know that this person is on the phone. But I’m not looking to work with police, to be their arm. I’m looking for safety. I’m looking for everyone to make it out of there alive and unhurt, no matter what that situation is. You can argue the journalism ethics back and forth. Ultimately, we are there to hold people accountable. But also, I don’t want anybody to get hurt or die on our account. Everyone’s safety has got to be the priority.

What lessons do you think other journalists could learn from this experience? Or what are some things they should think about?
The obvious one: If the call comes into your newsroom first, take the name, take the number and (tell them) we’ll get back to them. We didn’t know who it was at that point. We didn’t know who called us. Someone said they had information. You never know what’s going to happen out there in the field. You have to be ready for every situation. You have to be ready – prepared – for things you don’t even think about, and then know how you’re going to react. I reacted the way I would the next time. I had my attorney on phone. I think most news directors probably have their attorneys’ phone numbers on speed dial. It gave me some confidence that we were okay from a legal standpoint. So it became more of an ethical question than anything else at that point.

Is there anything else you want to say?
Throughout this, at no time have we questioned whether what the police did was right or wrong. We think it was a unique situation. We followed up with them to ask some questions that we thought needed to be answered considering what happened, and we reported on what the answers to those questions were. At no point have we reported or thought that what police did was wrong or right. We have not taken a position on that. This was different and unique and something I had never experienced in 31 years in the business.