Judy Woodruff Says Journalists Are Needed Now More Than Ever 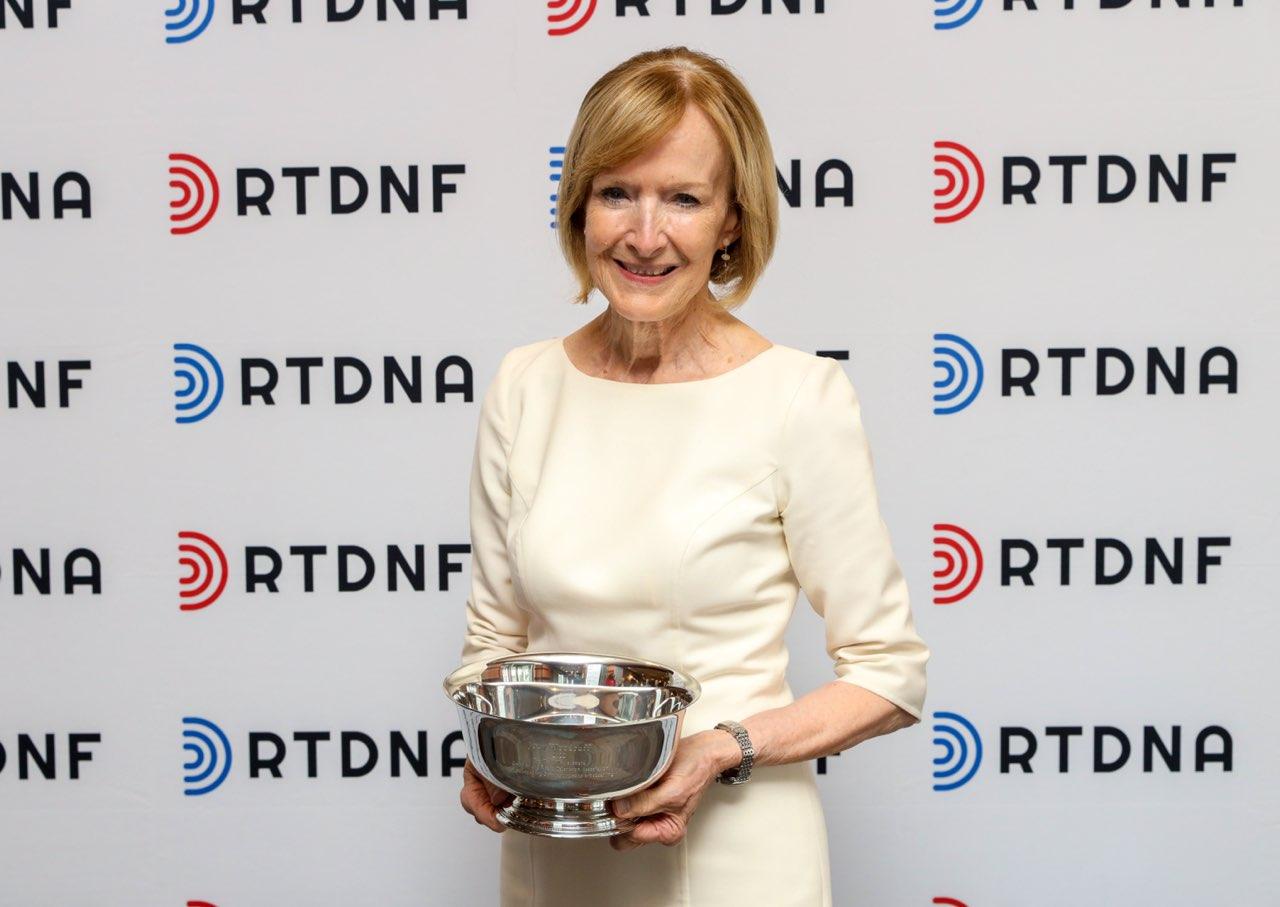 Judy Woodruff, anchor and managing editor of the PBS NewsHour and recipient of the 2022 Paul White Award, said journalists are needed now more than ever during her acceptance speech Thursday night at RTDNA22 in Indianapolis.

“It has never been more important than it is right now to do the work we are doing,” she said at the Radio Television Digital News Association's annual conference. “Our democracy is at stake. People are going after our electoral system. They are going after our system of government. We have to be there to shine a light on what they're doing.”

She has covered politics and other news for five decades at NBC, CNN and PBS, and she spent part of her speech thanking those in the industry who helped make her career possible; specifically the first two news directors who gave her an opportunity in television.

And, Woodruff said, the work is not done. Not for her, nor journalists anywhere.