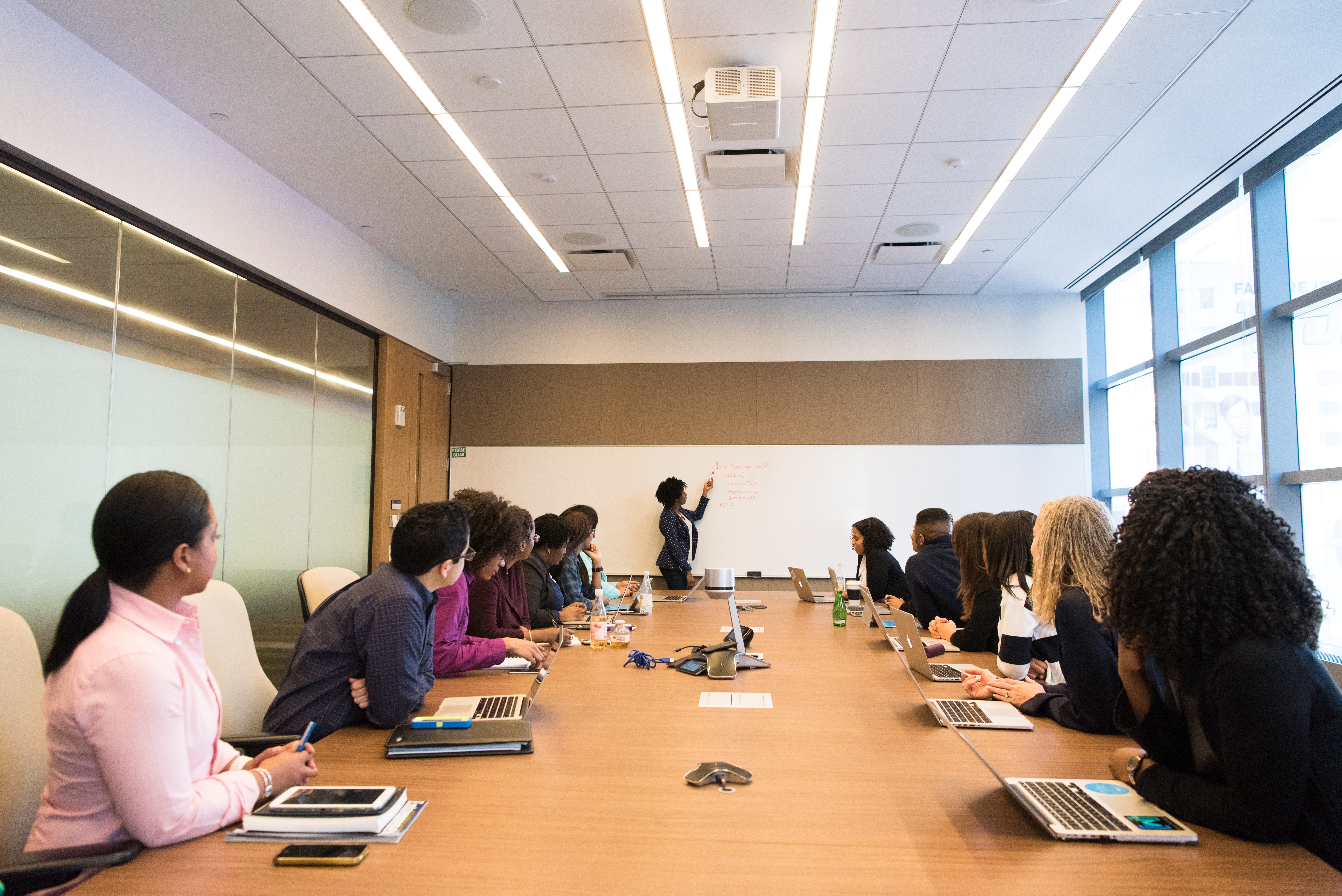 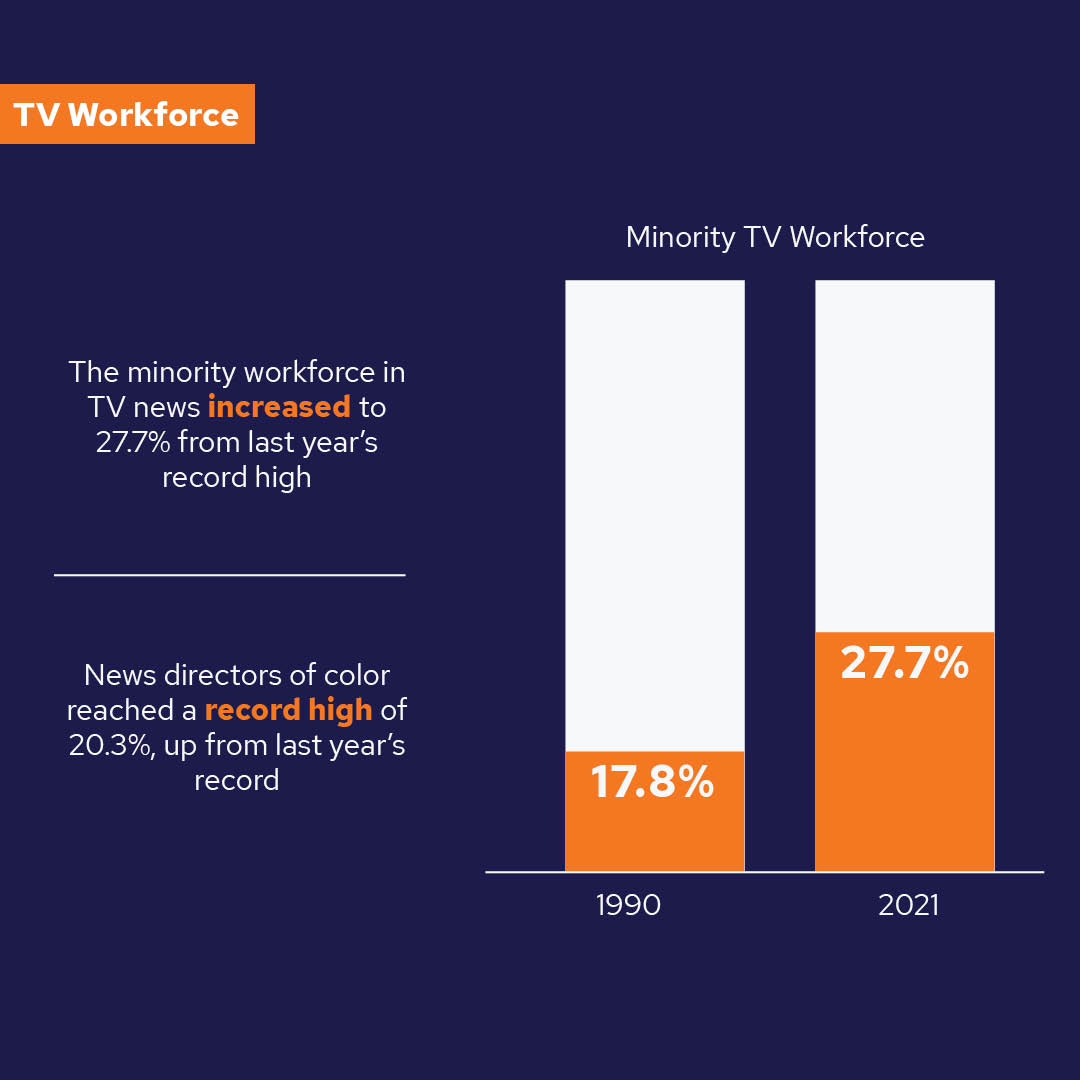 People of color make up 27.7% of the local TV news workforce, up 1.1 percentage points from last year’s record high.

While the gap in representation between the overall U.S. population and the local TV workforce has been slowly but steadily shrinking over the last six or more years, TV news is less diverse by 12.2 percentage points.

Stations in the top 25 markets are most representative, but smaller market and smaller staff size stations have become more even. 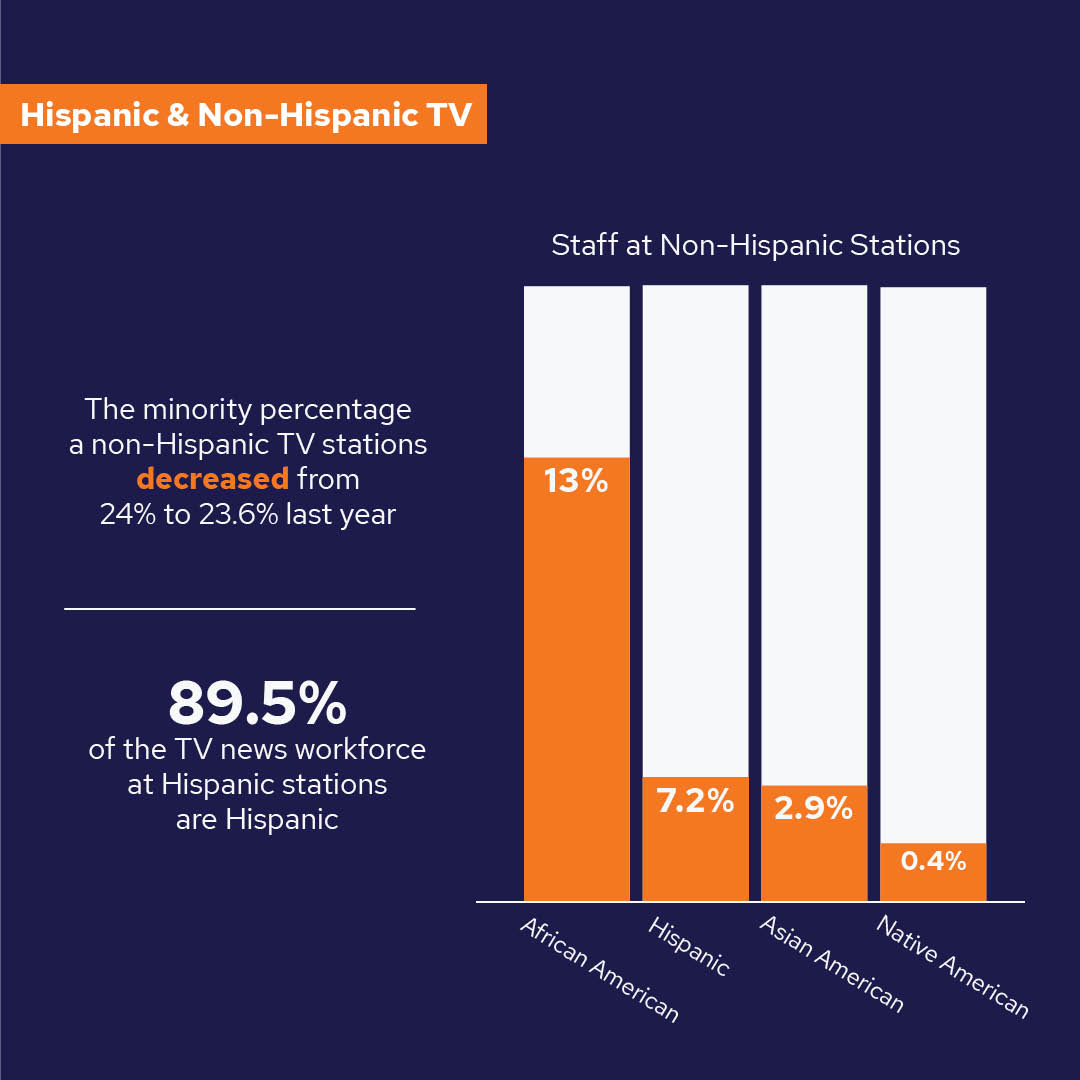 When excluding Spanish-language stations, 23.6% of TV news employees are people of color, just off last year’s record high. Asian Americans were the only group to see gains at non-Spanish language stations in the last year.

Stations in the top 25 markets have the most diverse news directors, with the biggest stations of 51+ staff lagging. Geographically, the Midwest and Northeast lag in representation among news directors as well as overall.

The percentage of general managers who are people of color increased almost 3 percentage points to 9.8%, or 5.9% when excluding more diverse Spanish-language stations. In fact, this year’s gains were exclusively attributed to Spanish-language stations, since general manager diversity actually decreased slightly at all other stations. The overall increase recovers about half of the ground lost last year, but leaves representation among general managers worse than 2019’s highs.

For the first time in more than 25 years of the annual survey, all local TV newsroom respondents have women on the news team. In past years, a few stations with smaller staffs or in smaller markets did not have any women.

However, women’s representation in the TV news workforce fell slightly overall from 44.7% of newsroom staffers to 43.9%, reflecting a broad and troubling trend of COVID’s impacts forcing women out of the workforce.

Pre-COVID, women made up 47% of the U.S. full-time workforce, or, according to the Department of Education, 57% of college graduates and 53.5% of the college-educated workforce, so representation in newsrooms continues to lag.

Among TV news general managers, 90% are white and 77% are men. Women general managers did regain most of last year’s losses, now making up 22.8% of GMs, up 3.8 percentage points.

People of Color in Radio News

Representation in radio news improved over the last year for news staff identifying as Native American or Hispanic/Latino, but slipped slightly for African American and Asian American radio staff. 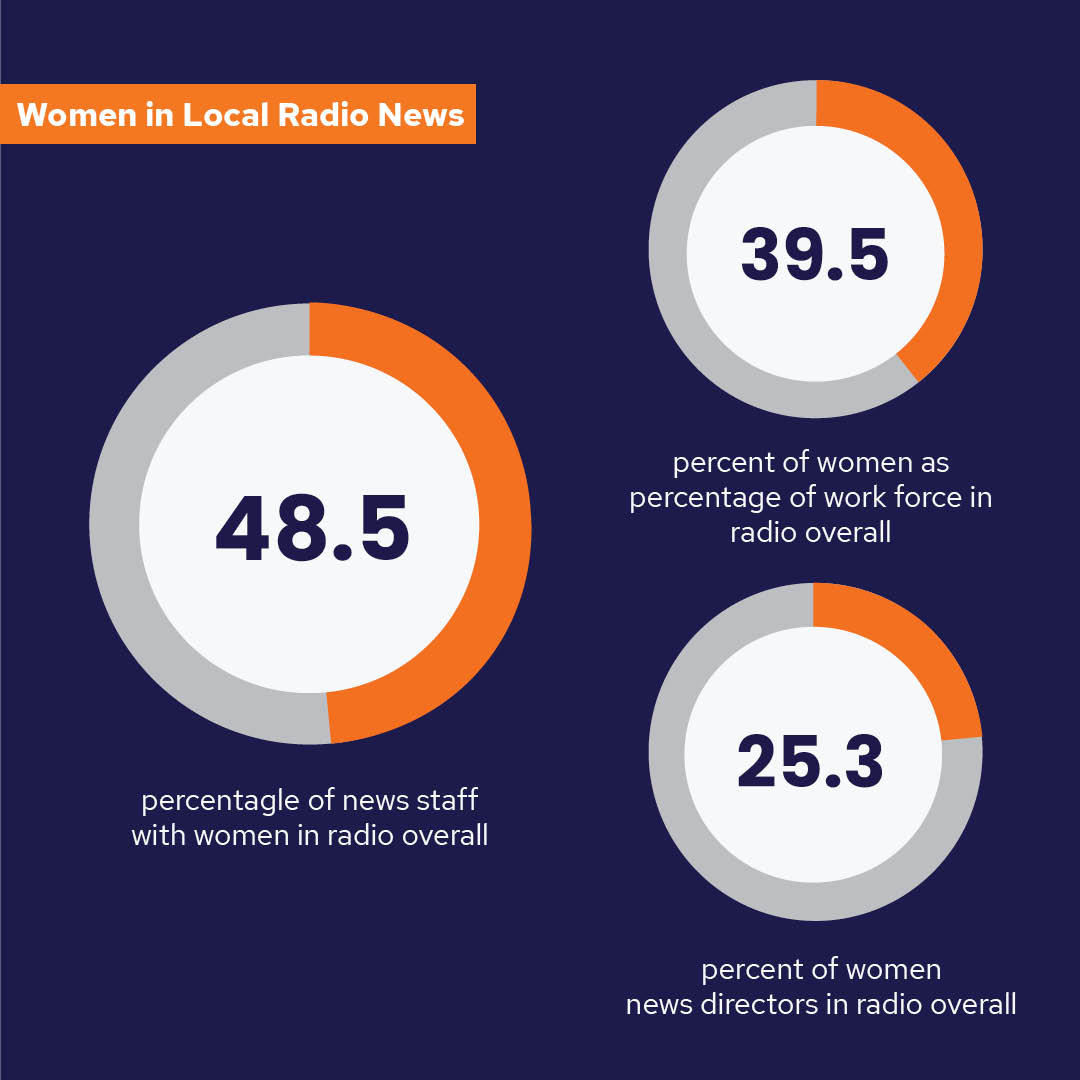 Fewer than half of radio news staffs include any women at all, up slightly from last year, especially smallest markets. Overall, women are just under 40% of the radio workforce, down slightly in the last year. Men outnumber women in radio 60.5% to 39.5% overall, as well as among white, Hispanic/Latino and Native American radio staffers. Among African Americans and Asian Americans in radio news, women outnumber men.

Radio general managers are slightly more representative this year, with women making up almost 3 percentage points more than last year, but still 73.3% of GMs are men.

Note that the typical (median) radio news operation had a full-time news staff of one, with the overall average number of full-time staffers at just over 3.