More Stations Produced More Local News Than Ever During 2020 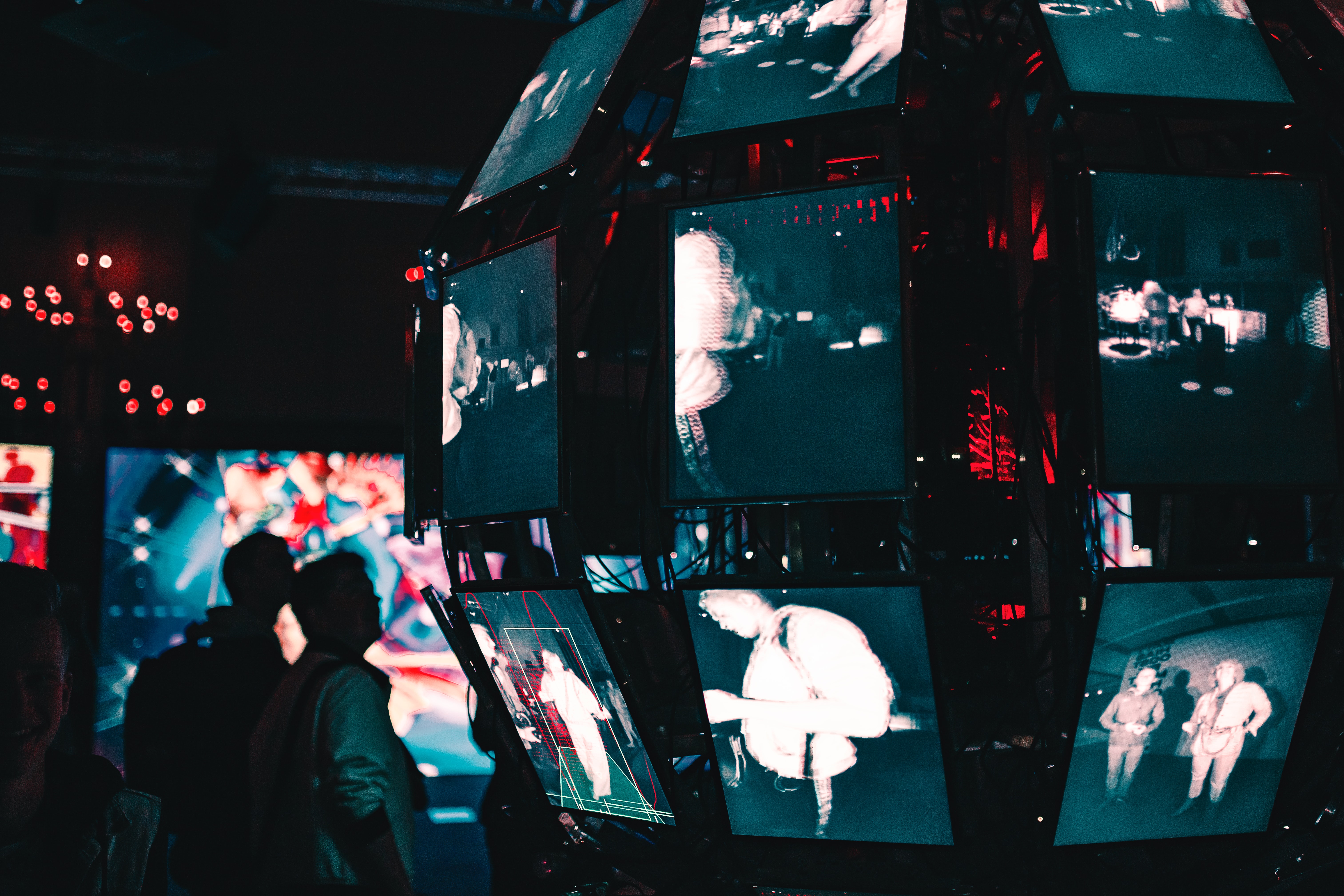 2020 saw a record amount of local TV news for the second year in a row. In addition, a record number of stations are running local news. 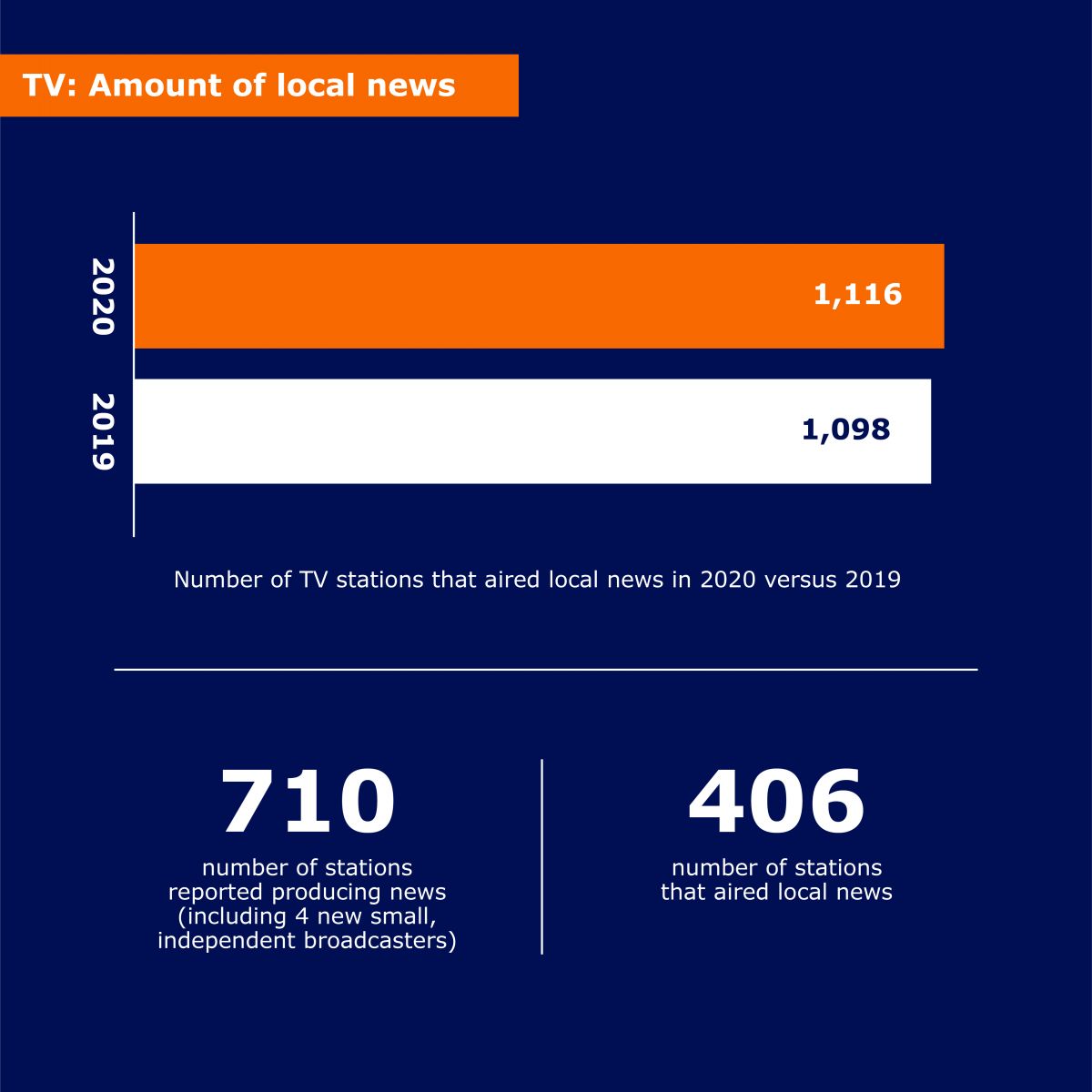 Stations also aired another record amount, in hours, of local news. Increases in weekday news offset slight decreases in weekend news for an overall net gain in average hours of local TV news. 34.5% of TV stations report they increased the amount of news they aired in 2020, 7.3 percentage points more than in 2019.

On average, stations in all market sizes and all staff sizes of 21 or more increased the amount of news in minutes. Among network affiliates, news time on air increased for all except Fox. CBS stations were most likely to increase the amount of news from 2019. Given 2020’s increases, fewer news directors expected further increases in 2021. 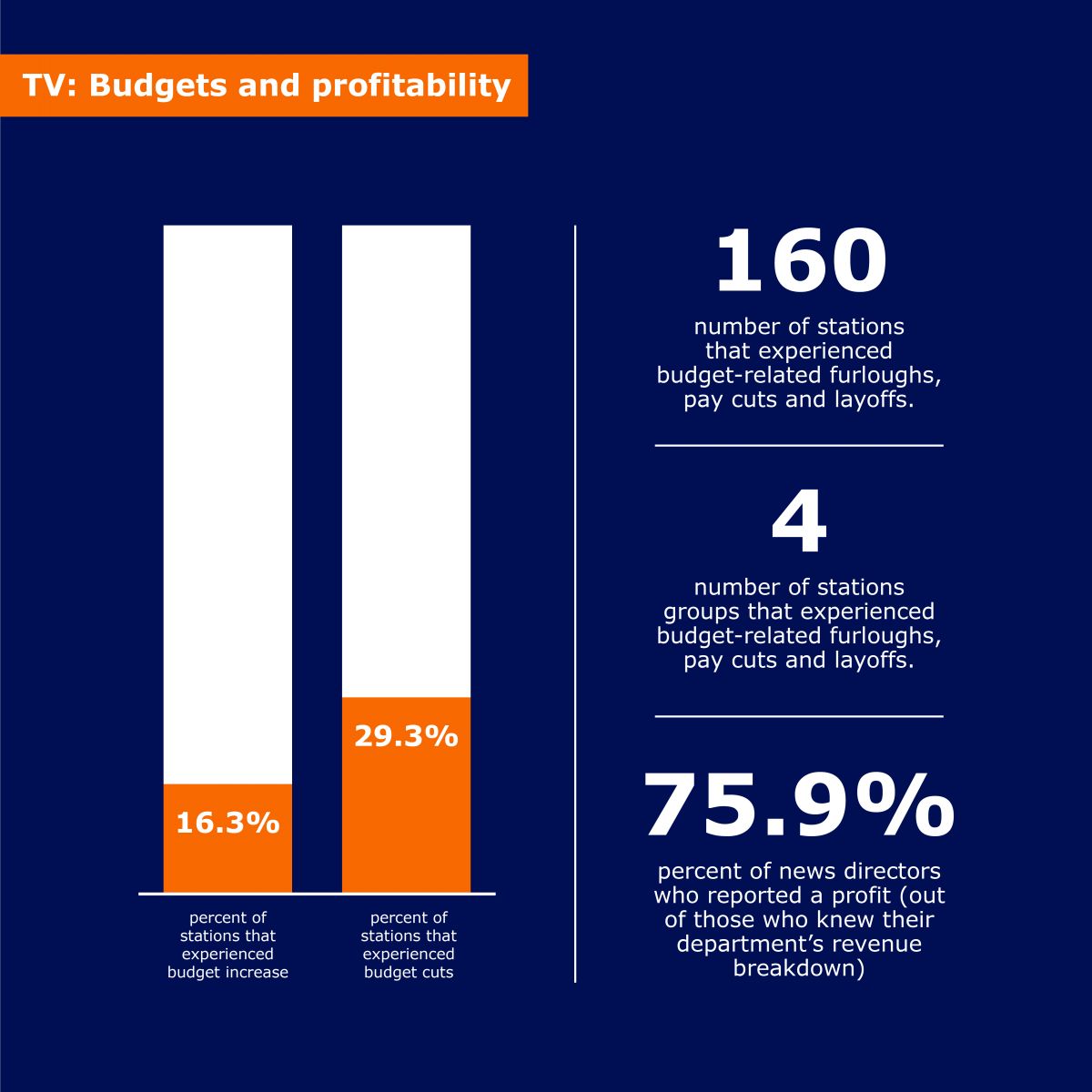 The Tow Center COVID-19 Newsroom Cutback Tracker reports budget-related furloughs and pay cuts as well as layoffs among at least 4 stations groups and 160 stations during 2019.

Fewer news directors report their news departments were profitable in 2020 than in 2019, and more report losses by their departments and by news websites. More were also unsure of their department’s bottom line. Declines in profitability were reported across market and staff sizes and network affiliation.

Among TV news directors who do know their department’s profitability, 75.9% report a profit.

As news profitability decreased, the percentage of station revenue generated by the news department remained steady, though most news directors (77.7%) didn’t know their station’s revenue breakdown.

However, to look at the bigger picture of the business of TV news during 2020, the Pew Research Center reports that, for local TV news, the loss of ad revenue in the pandemic’s early days didn’t exceed gains in retransmission revenue. Mixed revenue pictures among major TV groups largely resolved into double digit year-over-year revenue increases for the second half of 2020. Several groups set record revenues, with gains of 25 to 40 percent, with some significant exceptions. 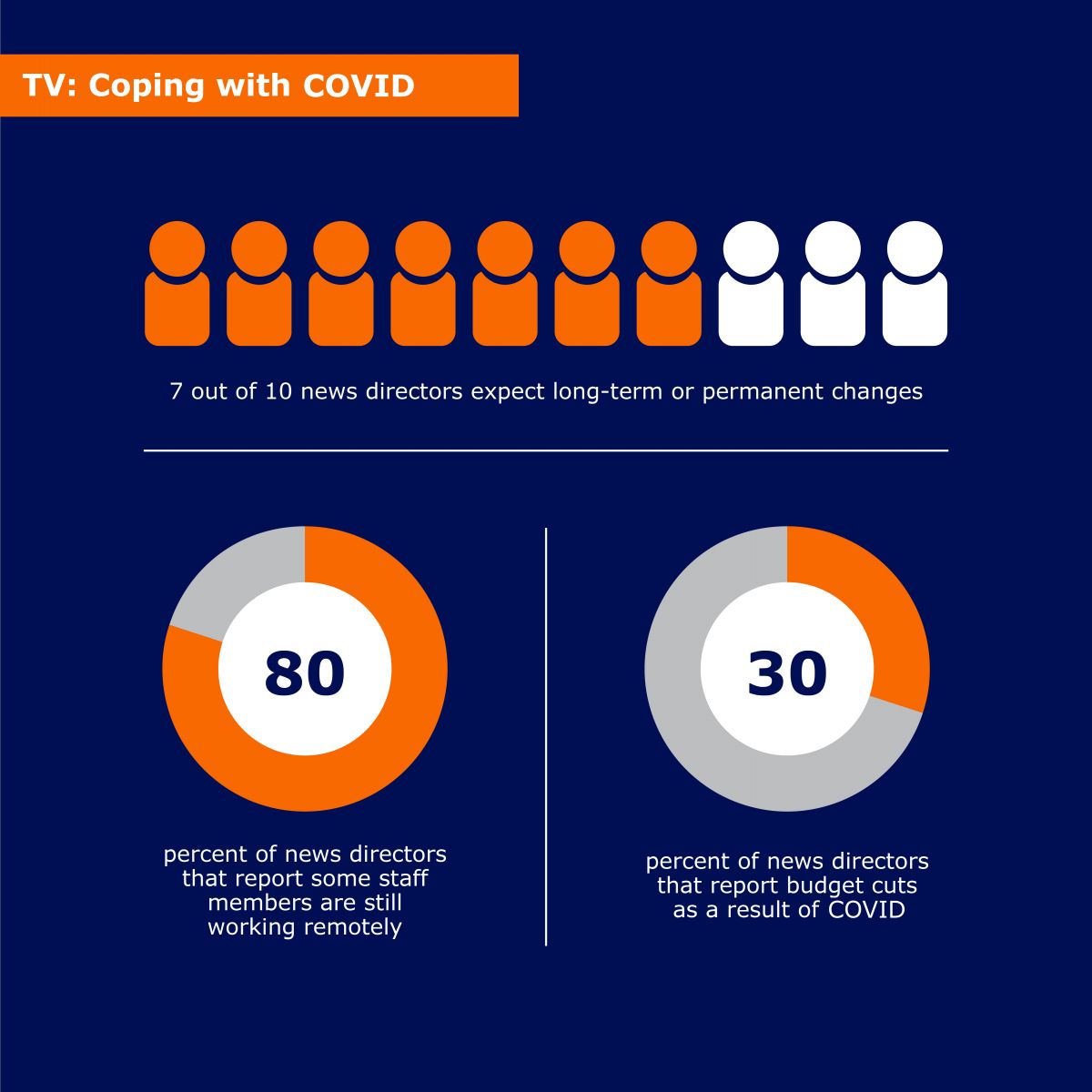 COVID has had a stark and lasting impression on local TV newsrooms, with more than 90% of TV news directors reporting their newsrooms were still feeling significant impacts as 2020 ended. More than 80% report at least some staff remain remote, a move that may in some cases be permanent. Stations with more staff and those in bigger markets were most likely to have staff continuing to work remotely.

30% report budget cuts and nearly as many have reduced staff sizes in their newsrooms, with stations in the Northeast most affected by staff reductions or furloughs.

Seven of 10 news directors expect long term or permanent changes, particularly those in larger markets or larger newsrooms. Anticipated permanent changes focus on workflow, including fewer staffers using the newsroom as a “home base,” more remote meetings and virtual interviews. Several news directors noted the increased stress from smaller teams, while others noted the upsides of improved virtual work options.

More radio stations report running local news in 2020, with an increase among AM stations offsetting a slight decrease among FM stations. 70.4% of radio survey respondents overall report airing local news, though stations with news may be more likely to participate in the survey.

While more than half of radio news managers report their budgets did not change in 2020, the percent saying their budgets decreased doubled to 18.2%. More radio departments reported cuts across market and staff sizes. 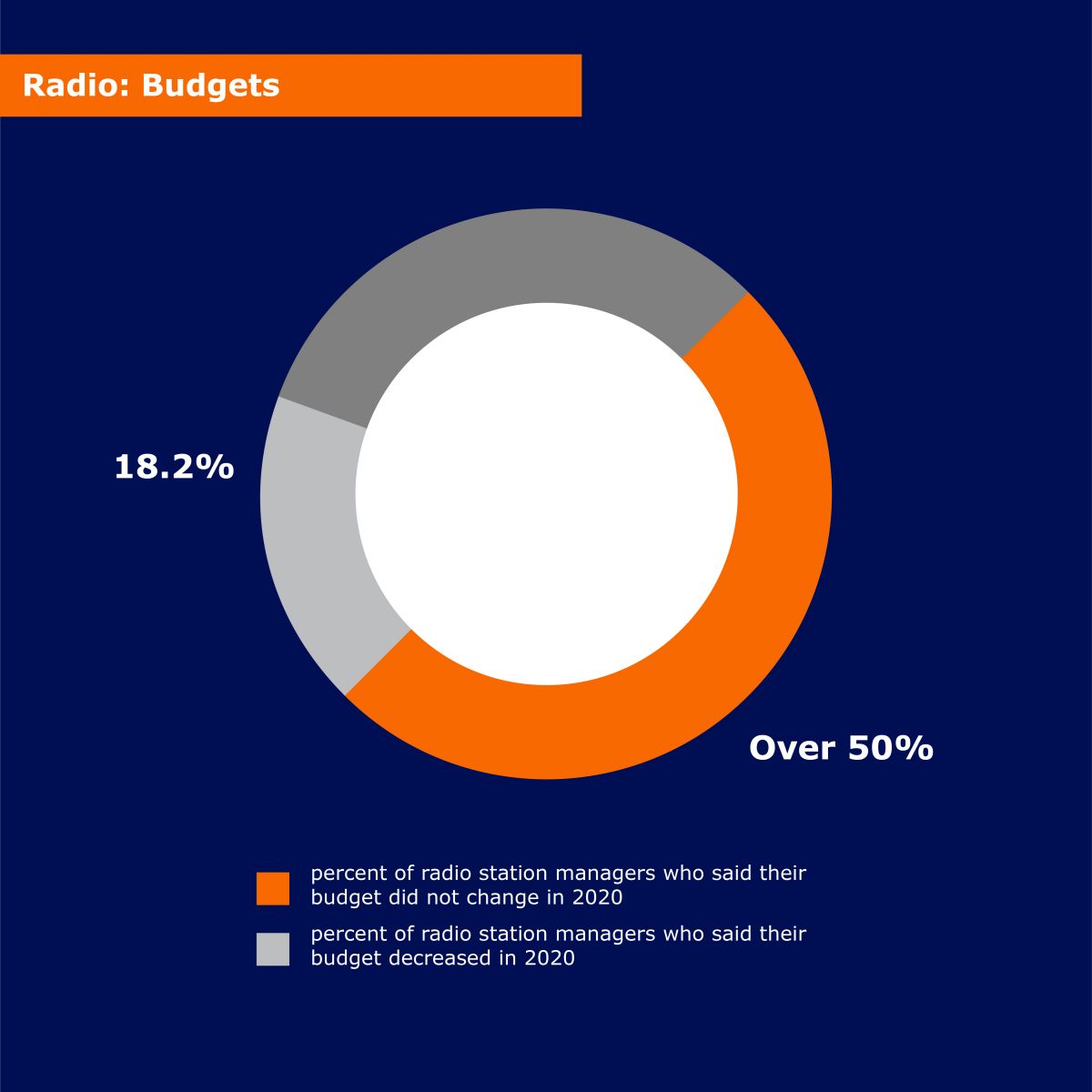 Just under a quarter of radio managers knew how much of their station’s revenue comes from news, but of those that do report numbers consistent with past years, with a median around 5% and average closer to 13.4%.

In contrast, just over 40% of radio respondents report no ongoing significant impacts to their stations. Among those that do, maintaining remote staff was the most reported impact. 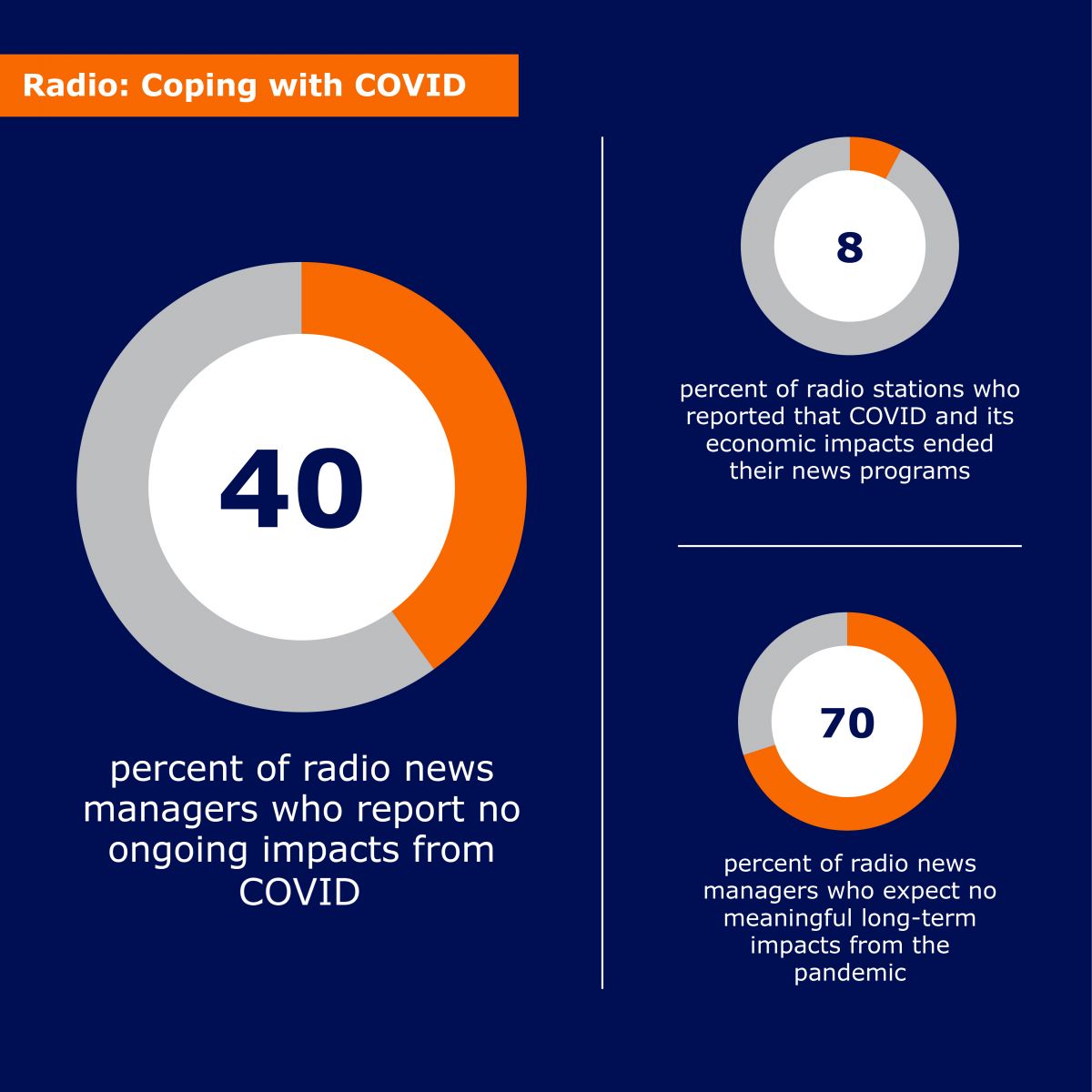 70% of radio news managers expect no meaningful long-term changes. Remote work is again the most reported impact among those expected ongoing changes. Given a typical radio news department includes just one full-time employee, this could account for the relatively low reports of ongoing impact.