Newsroom Management Matters… and I am Grateful for Mine

The last 18 months have been difficult. Amid a global pandemic, job losses, price increases, shortages, closures, political turmoil, and everyday challenges, 2020 and the first half of 2021 have not been what anyone would call “smooth sailing.”

In local news, it may have been even harder.

In January 2020, my newsroom was given the news that no team wants to hear.

There would be staff cuts and we would be downsizing in March. We already had the smallest team in the market. And we weren’t just colleagues, but many of us were close friends. Losing journalists, productions assistants, and photographers was going to be a challenge. Little did we understand what a challenge that would turn out to be.

That March, about one week before shutdowns began nationwide, our talented and dedicated multimedia journalists – my friends – officially left for new adventures and our team began to adapt to bringing the same quality and quantity of content to our community with a significantly smaller team. What we weren’t ready for was the coronavirus.

COVID-19 came at a time where there was already distrust in the media. Though we strive every day to share unbiased, truthful, and fair news, covering a tri-state area that is largely Republican, distrust was often felt at the local level. 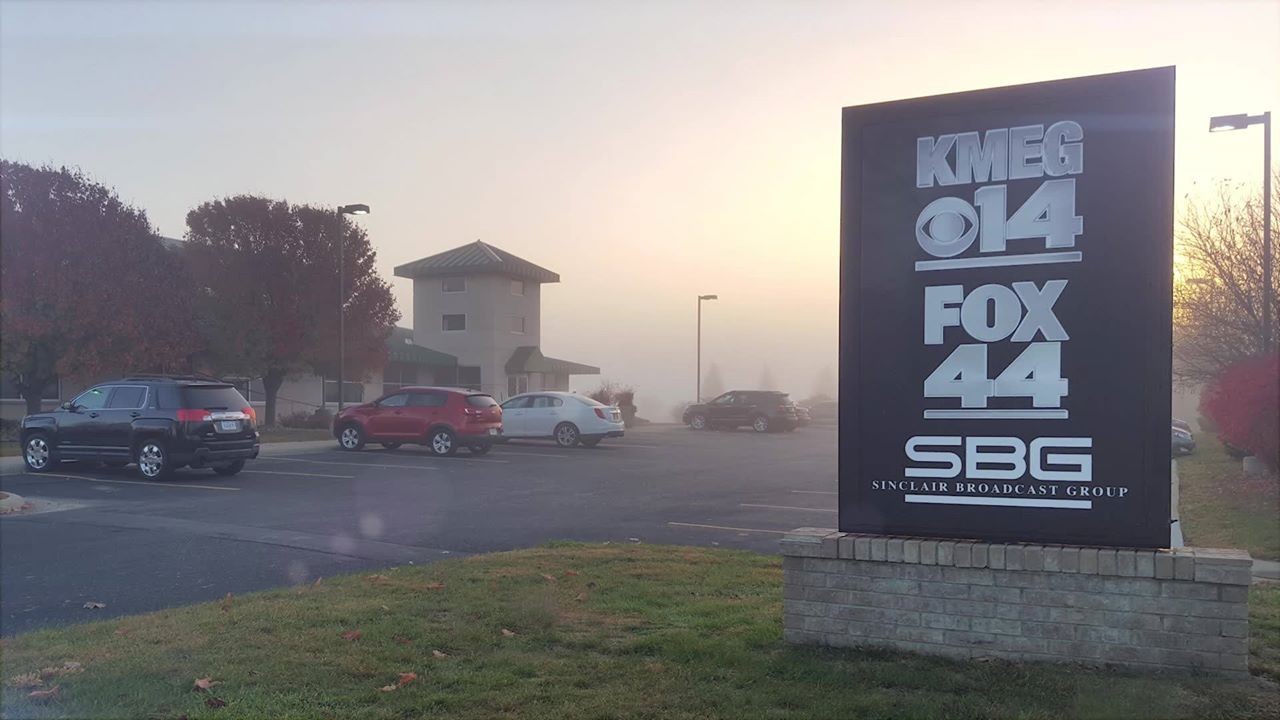 Come May 2020, our tri-state area was the fastest-growing COVID-19 hotspot in the country. We were making national headlines for our rapid rise of positive cases, hospitalizations, and deaths. Our team was working tirelessly to keep up with the changing information. Covering three states, with three governors who had three very different plans for their states, was not an easy task.

On top of this, we were still learning how to work as a smaller team, but now we had to put out even more local content than ever before. Our staff wasn’t big enough to work remotely. We were still coming into the newsroom every day.

Did I mention that we also had elections coming? Being in Iowa, we are the first in the nation caucus. We also had several local and state races that we were following. And we were seeing protests in our community in the aftermath of George Floyd's death.

Plus, the everyday local news that never stops.

But how did we continue when it seemed like too much?

You hear horror stories from journalists who have left the business entirely because of newsroom management and news directors who tear them down and destroy their passion for this job. In my newsroom, that is far from the case.

Diana Castillo is someone anyone would want in their corner and on their team. If you were to make a list of qualities you want in a News Director, she pretty much checks all the boxes. Not only is she highly involved in our newsroom, but she also anchors a newscast daily. 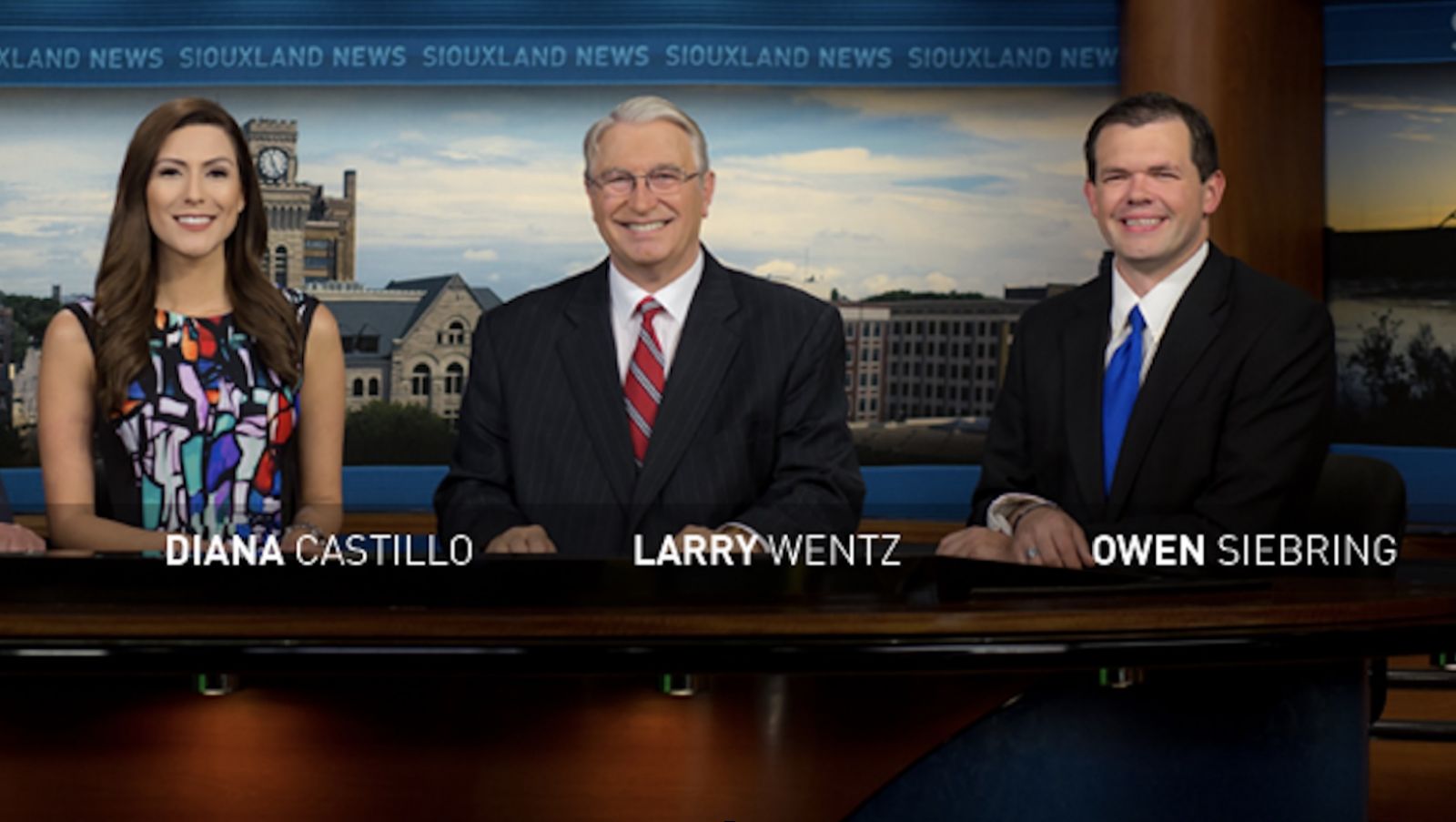 A talented journalist in her own right, she doesn’t hesitate to get her hands dirty and into a story. Not only jumping in to help her team with their own projects, but digging into court records, doing her own stories, confronting officials, and making sure the product we are putting on air is the best it can be. Most importantly, Diana doesn’t hesitate to check in with each of us, making sure we are okay personally and professionally.

Without her leadership, direction, optimism, and open door, I don’t know if our newsroom would have made it through 2020 in one piece. Personally, I know I wouldn’t have.

Newsroom leadership is so important. I’ve been in a newsroom where leadership tore you down instead of helping you back up. I was moments away from walking away from journalism when I met Diana and she brought me into her team. For that, I am forever grateful. 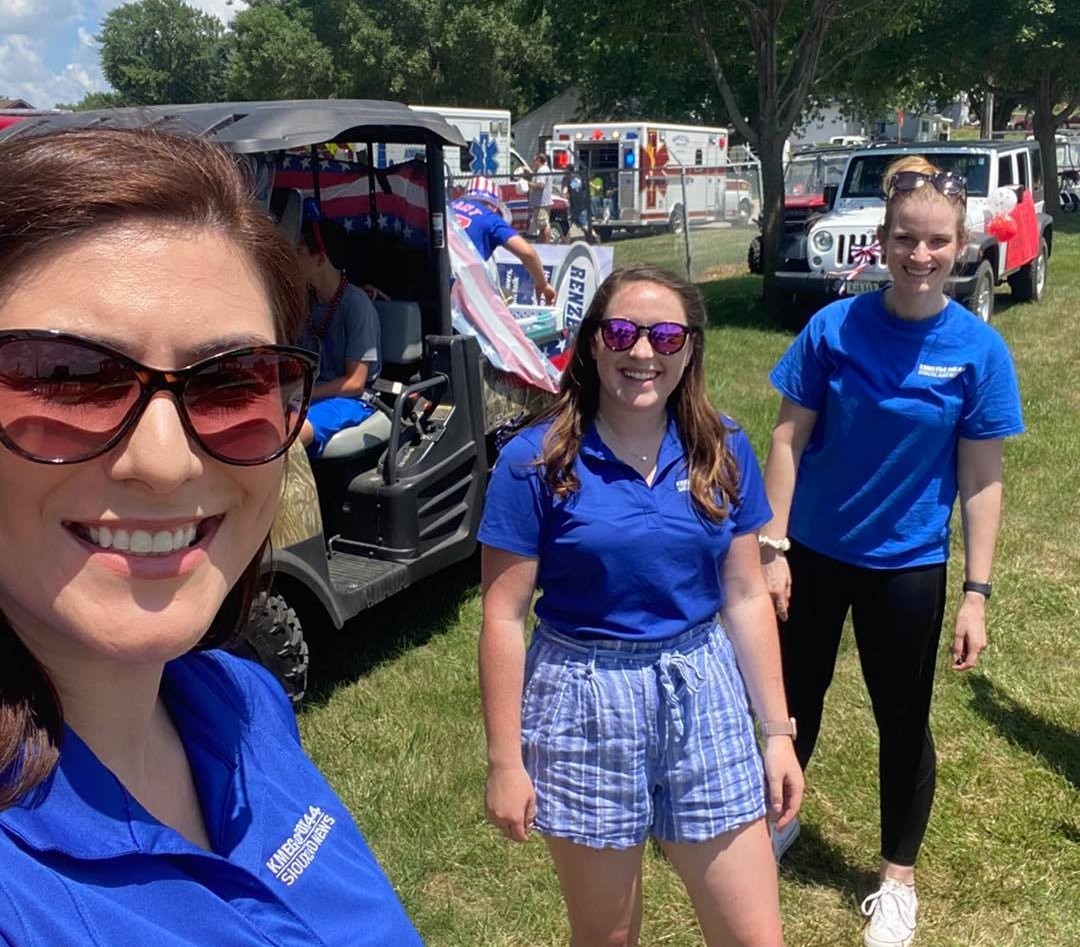 Because of Diana and the way she guides our newsroom, we have a team of great leaders who make our tiny but mighty ship run. Days off and mental health breaks are approved and encouraged. Concerns are heard and while not always fixed, at least acknowledged, and validated. If someone is struggling with a source, a PIO, an angry viewer, you can rest easy knowing she has your back. Trying something new outside of your assigned job duties is encouraged and cheered on.

And if Diana isn’t physically present when you do something great, watch your phone because you will likely see a text or phone call from her!

Want to try your hand at reporting but you work behind the scenes? Go for it! Are you a production assistant but want to try directing a newscast? Yes, you can!

This digital content producer is now anchoring newscasts. This is NEVER something I considered when I first took this job. But because of Diana’s drive to make us all the best we can be, I’ve been able to report, anchor, and get a feel for nearly every aspect of our newsroom. I’ve won awards for my reporting and am an Emmy-winning producer – something I still must pinch myself for because I don’t believe it. I have been challenged in ways that have made me a better journalist and a better person, and I’m far from the only one that has benefitted from Diana’s constant encouragement and mentorship. 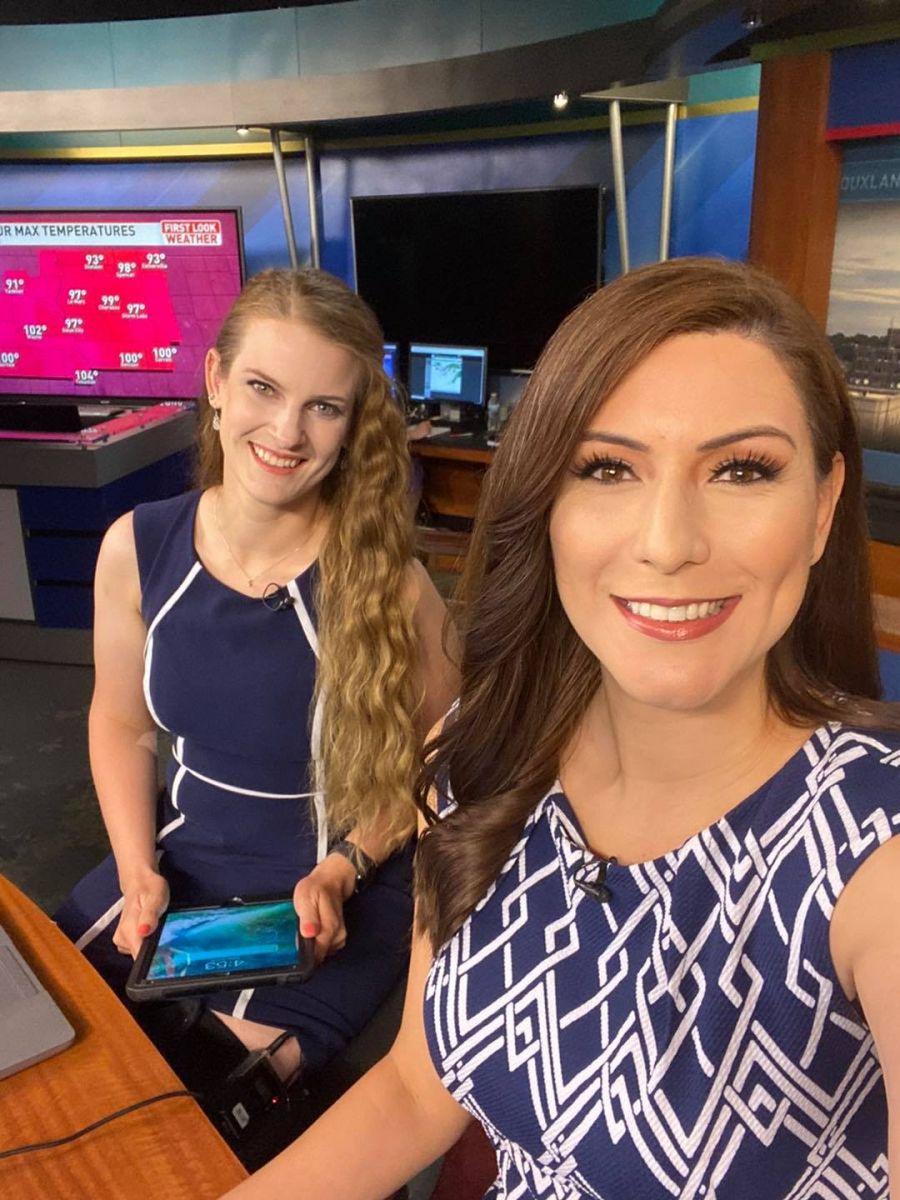 In November 2020, our team was awarded the Upper-Midwest Emmy Award for Evening Newscast. Our first Emmy award as a station. Ever. While this accomplishment was indeed a team effort and a testament to the hard work we had been doing, I truly believe that had any other person been in the ND’s office, that award would have gone to another station.

Newsroom management matters. Not only newsroom management, but station management, too. We have a wonderful General Manager who makes frequent stops into our newsroom and checks in on our staff and sends emails that will put a smile on your face when you do something spectacular. Our Managing Editor who runs our assignment desk is a godsend and is a source for not only a story idea when you need one, but a good laugh, too. He's a constant ally for each of us and our newsroom suffers the days he isn't there.

Our team survived the last 18 months of a pandemic because of who was and still is in the “big office.”

If you are in a newsroom where your management isn’t what it should be, don’t give up on this journey and this business. Don’t let them dampen your fire and passion for this industry. Good newsroom leaders exist and finding and working with them is a game-changer. And when you find that leader you connect with who nurtures your craft, learn everything you can from them. 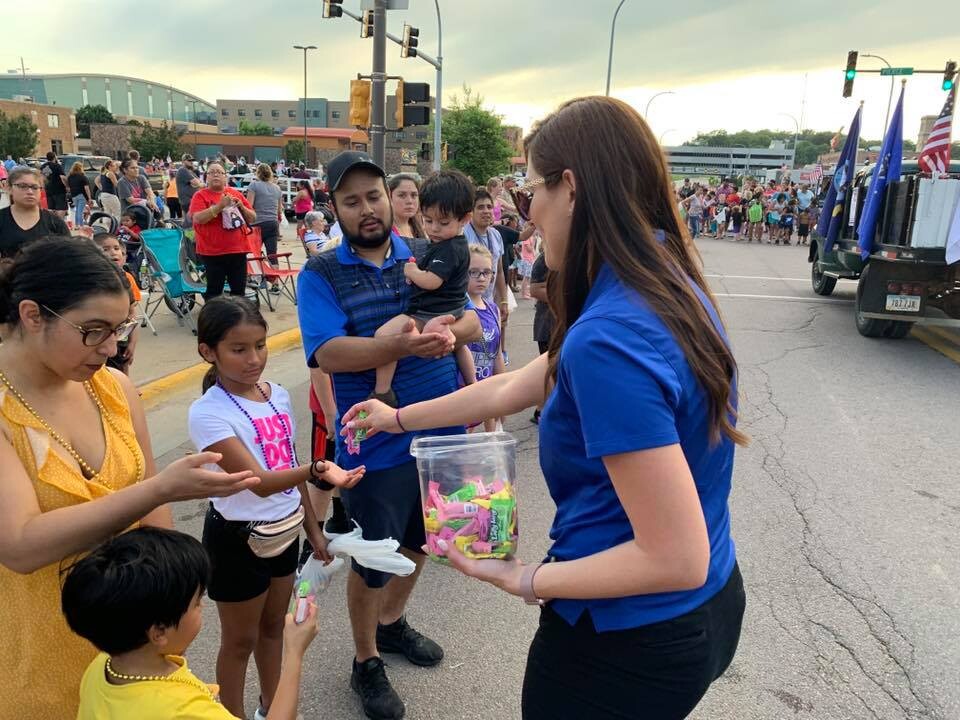 Diana, if you are reading this, thank you. Thank you for being a mentor, a fighter for your team, and someone we can count on to always have our backs. Without you, I know I wouldn’t be in the position I am today, or even still in news. I can say with confidence that I am far from the only journalist who can say that.

Emergency Visa Authorization for Afghans Who Worked With JournalistsJuly 20, 2021 Highlights From a Year Fighting for Free PressJuly 6, 2021