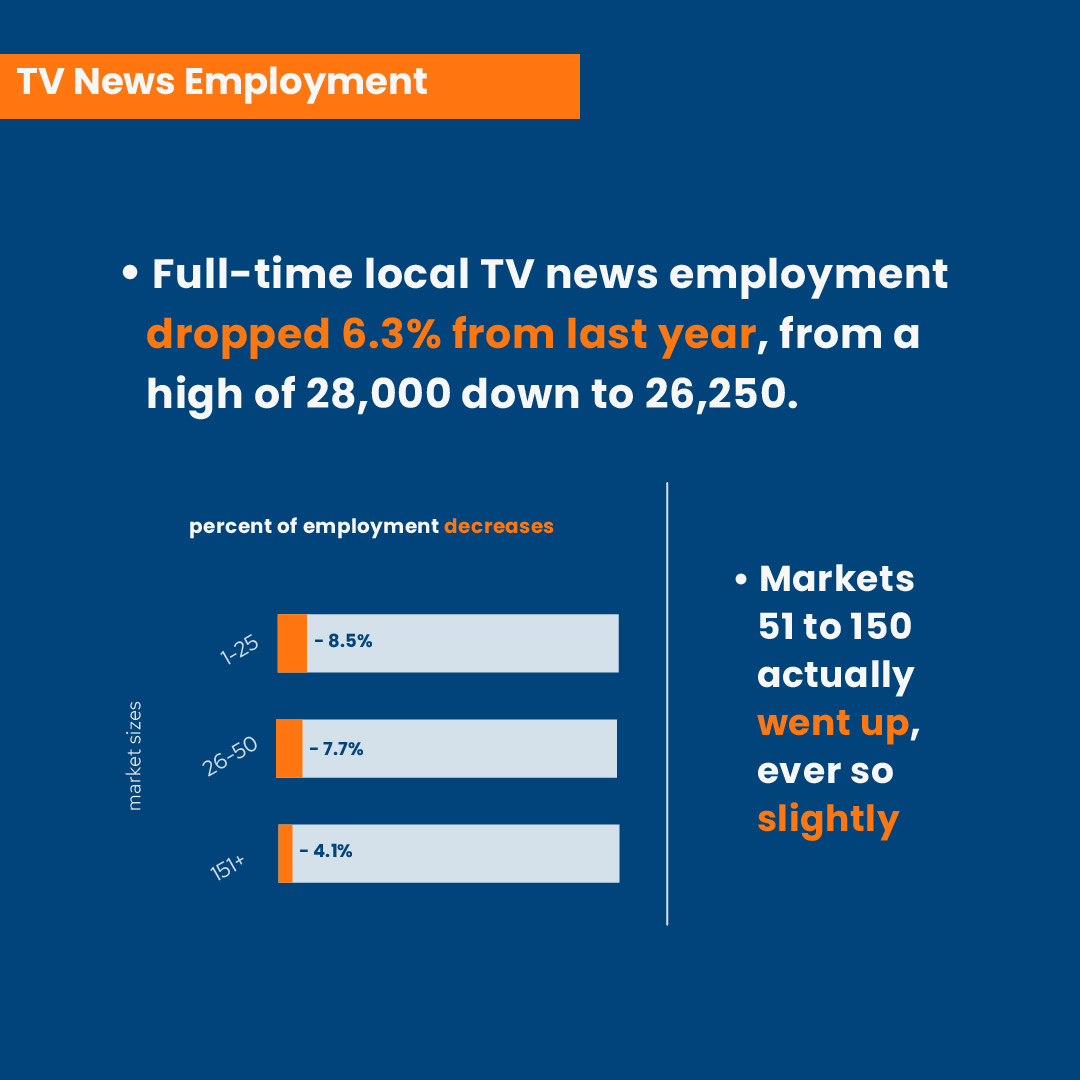 After a surprisingly strong rise the previous year, TV news employment went down 6.3% last year, according to the latest report from the RTDNA/Newhouse School at Syracuse University Survey — from a record high 28,000 in the 2021 survey down to 26,250. 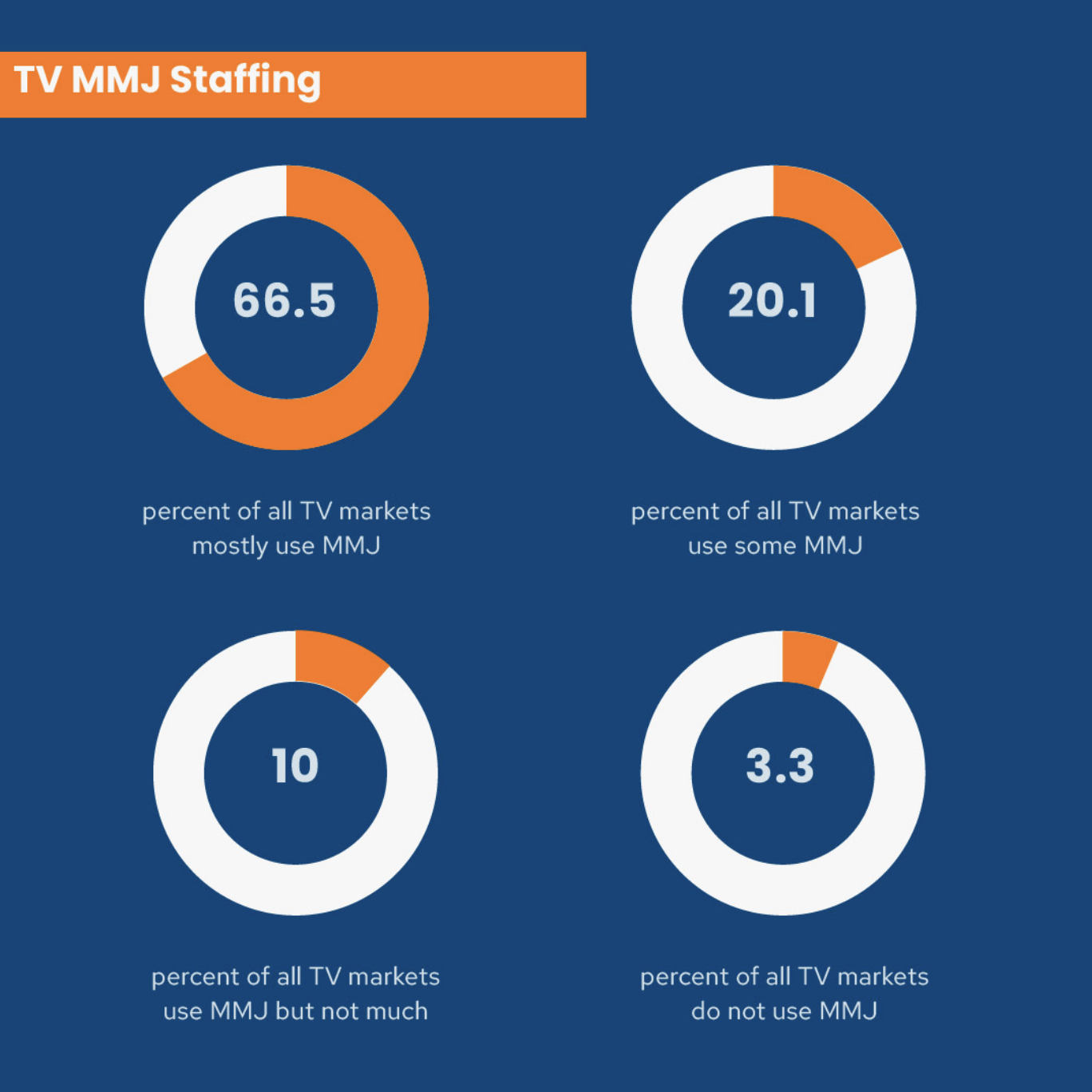 The biggest hits in full-time employment came in the smallest markets, which dropped 8.5% in staff size from last year to this, followed by markets 26 to 50, which fell 7.7%. The top 25 markets went down 4.1% while markets 51 to 150 actually went up, ever so slightly.

Median part-time staff held steady, but average part time went down pretty much across the board.

Some of the overall drop in employment came from the loss of four newsrooms, as the total number of local TV newsrooms fell from 710 last year. The pain was remarkably widespread. Other commercial stations got hit harder than the big four affiliates, but everyone went down. All the affiliate groups went down; all the regions of the country went down.

As you’d expect, more stations reported decreasing staff than increasing staff, although the margin is surprisingly close given the overall drop. The most widespread decreases came in markets 26 to 50 and markets 101 to 150. Both groups had more than 30% of stations cutting staff. Fox affiliates, followed by NBC affiliates, were much more likely to cut staff than ABC or CBS stations. Stations in the Northeast took the biggest hit. Nearly half the stations in the Northeast reported cutting staff — more than three times as many as added staff.

But 2022 appears to be a different story. Local TV news directors are optimistic about hiring this year. The percentage expecting to add staff is up a whopping 18 points from last year — and at its highest level since we started tracking the question 21 years ago. News directors in every market size overwhelmingly expect to add staff, with those in the smallest markets, followed by those in the biggest, leading the way. Other commercial (and non-commercial) stations are not nearly so optimistic.

The typical (median) radio news operation had a full-time news staff of one — the same as it's been since these surveys started 28 years ago. 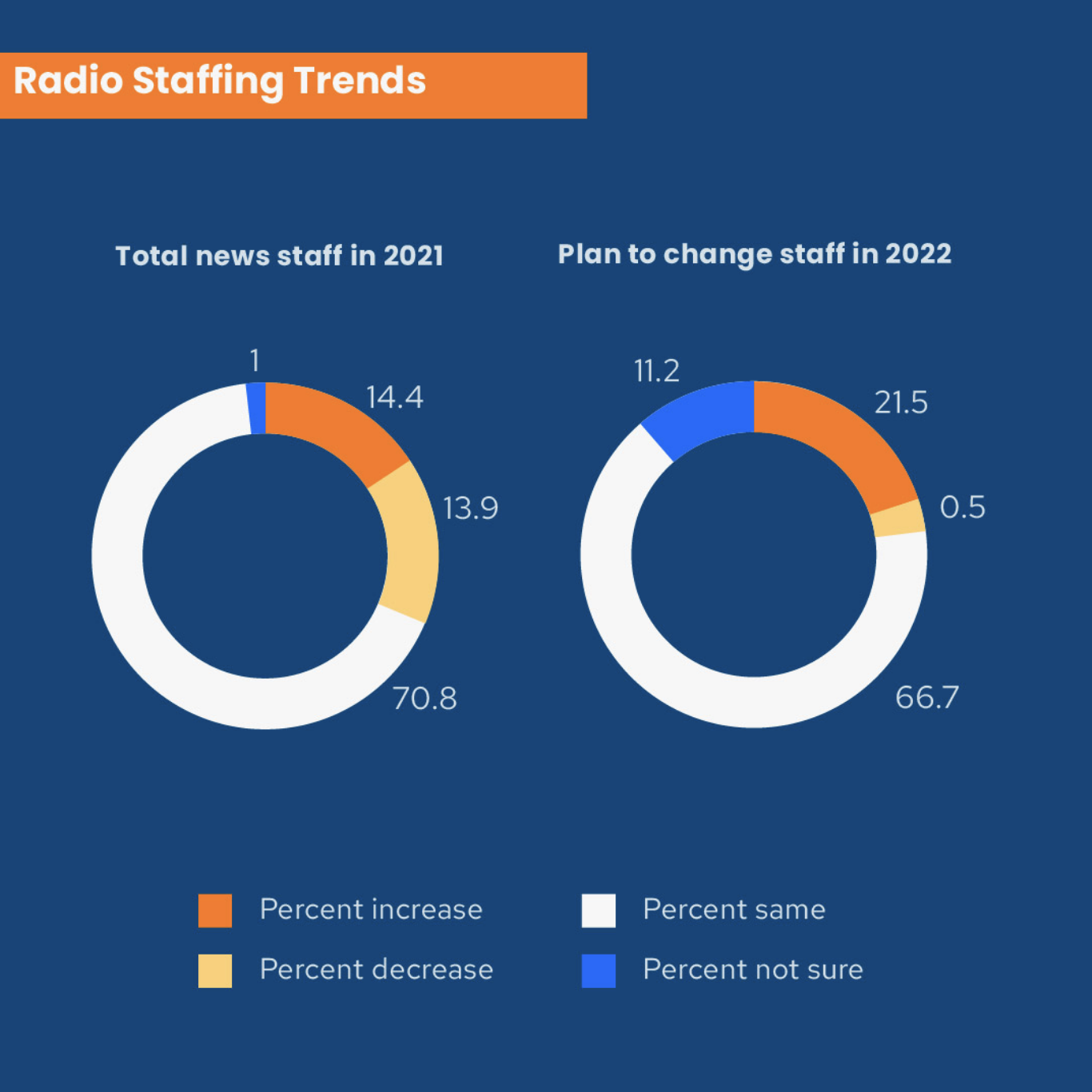 All market sizes except large ones dropped in staff size. Not by a lot, but they didn’t start with a lot either. The average staff size edged down 0.2 people, and major markets took the biggest hit.