News Desert? How Broadcast Journalism Can Fill the Void 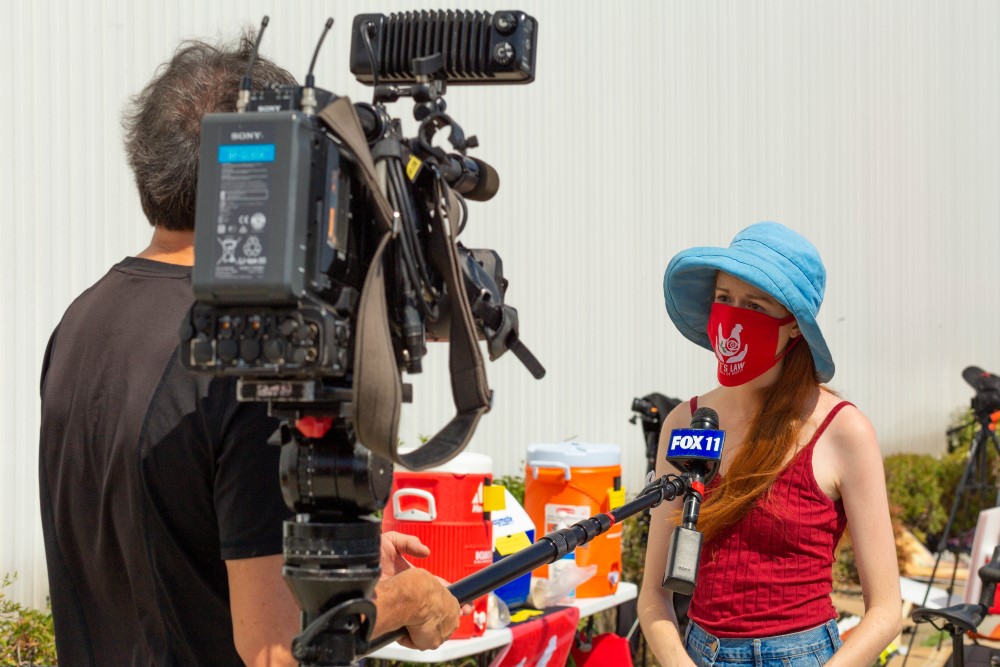 By Allison McGinley and Dan Shelley

As it often does, on Sunday, February 27, CBS News’ “60 Minutes” committed a flagrant act of responsible journalism with an in-depth look at, well, journalism.

Specifically, correspondent Jon Wertheim examined how hedge funds are buying up local newspapers only to gut the reporting staffs, buildings and equipment so they can line their investors’ pockets with cash.

Wertheim’s report focused on the largest predator in the sector, Alden Global Capital, although it is certainly not the only vulture circling the print news sky.

During the past decade or more, Alden has bought — and, to a large extent, decimated — such storied local publications as the Chicago Tribune, The New York Daily News, The Baltimore Sun, the Boston Herald, The Denver Post, the Orlando Sentinel and many others in large and smaller communities across the country. According to Wertheim, it is now the nation’s second-biggest owner of local newspapers, behind Gannett.

If “60 Minutes” had more like 70 minutes at its disposal, it could have also reported that in many of the so-called news deserts created by the post-Great Recession contraction of the local newspaper industry (which helped produce the carcasses on which the vultures feed), local broadcast news organizations and companies have staffed up to fill some of the information gaps.

They have poured millions of dollars into providing additional daily newscasts, as well as new and expanding digital, mobile and OTT platforms, investigative reporting units and other innovations specifically to serve local communities better.

For the last several years, RTDNA has been quite vocal in encouraging our corporate member companies — which own the vast majority of local broadcast and digital news operations in America — to hire displaced print journalists. Many have.

Journalists exiled from the traditional newspaper industry are, after all, well-trained, experienced and thoughtful, and they know how to dive into a story. They have the capacity not only to answer the five Ws and the H, but to dig deep to provide meaning and context to the stories they report.

Many of these seasoned hunters and gatherers of facts fill important broadcast news positions, on the air and behind the scenes. They help train young journalists, particularly in smaller- and medium-sized media markets.

To put it another way, they enrich the journalism broadcast and digital newsrooms offer their viewers, listeners and readers by producing deep, meaningful reporting on issues of vital public concern. As a result, local broadcast and digital news outlets are better able to shine a light on subjects that otherwise could have gone unnoticed, often leading to positive change.

One metropolitan broadcast journalism powerhouse took a bold step. Chicago Public Media recently purchased the Chicago Sun-Times and is turning it into a non-profit newspaper – precisely in part, one can reasonably suspect, because of the buyouts and layoffs and diminished news coverage that followed Alden’s purchase of the Tribune. CPM also owns NPR-affiliate WBEZ, a multiple national RTDNA Edward R. Murrow Award-winning radio station.

The news desert problem has become so pronounced that it has managed to attract what few other issues can these days: Bipartisan support in Congress for proposed solutions.

Another bill, the Journalism Competition and Preservation Act, would create an anti-trust safe harbor so competing news companies could work together to negotiate for fair compensation from big tech corporations who make millions from repurposing the work of local reporters and photographers.

Both are supported by RTDNA and many of its partners, including the National Association of Broadcasters.

In 2018, for the first time in the more than 25 years RTDNA had been conducting such annual research, we found that there were more journalists employed in local radio and television station newsrooms across the country than in local newspaper newsrooms. Sadly, the trend has continued.

An optimist would view that as an opportunity for local broadcast and digital journalism to do more, to offer even better hyper-local, granular coverage of important issues in cities and towns, large and small, and even rural communities. Anywhere in which the lack of robust local reporting has created not a desert, but a murky swamp where the toxic mold of corruption has been allowed to grow.